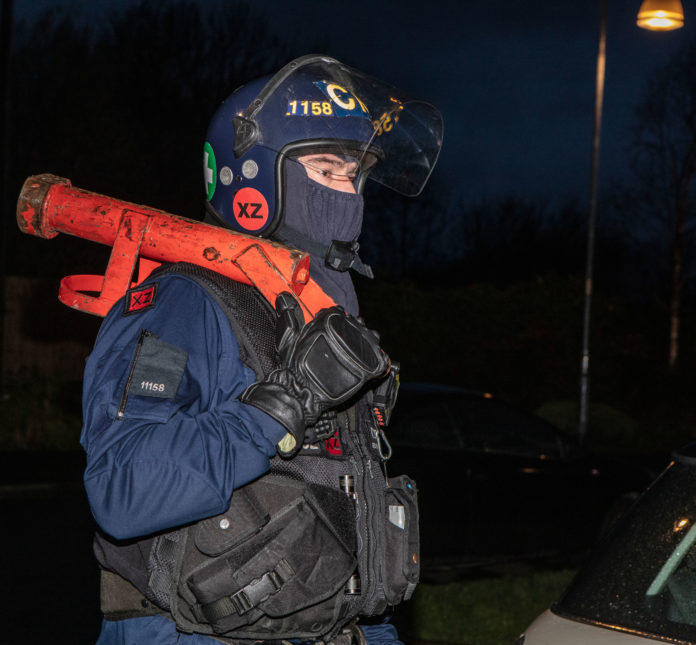 Two people have been arrested following dawn raids aimed at disrupting the supply of drugs and the criminal exploitation of vulnerable adults in Manchester.

Six addresses in the Beswick area of Manchester were raided.

Two men aged 18 and 22 were arrested on suspicion of conspiracy to supply Class A drugs and engaging in human trafficking for the purpose of criminal exploitation.

The arrests were made as part of Operation Fosbury, an ongoing investigation being led by the City of Manchester Complex Safeguarding Hub into the exploitation of vulnerable adults and children within the Beswick area.

The new multi-agency team* which includes specialist detectives from GMP, has been established to combat the increasing risk ofvulnerable people, particularly young people, being sexually and criminally exploited.

Detective Inspector Andy Buckthorpe from GMP’s Complex Safeguarding hub said: “Our aim is to target and disrupt those individuals who seek to exploit children and vulnerable adults and we will take every opportunity to target and prosecute offenders.

“This particular investigation focuses on helping vulnerable people who we believe have been exploited and forced to drug deals in other areas of the UK in what is widely known as ‘County Lines’ offending.

“As a result of the investigation, we have been able to identify a number of vulnerable people within the Manchester area who have been exploited in the most horrendous way by organised criminals and they will now receive bespoke multi-agency support.”

They could be trafficked around the local area, or taken to areas with no obvious links or connections and this often involves the victim being subjected to deception, intimidation, violence, financial exploitation and grooming.