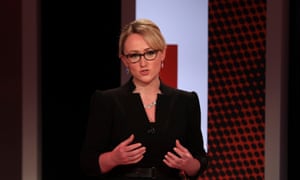 As the three contenders in the Labour leadership campaign head to Manchester this evening for the latest hustings,Salford MP Rebecca Long-Bailey has pledged that plans for a windfall tax on oil companies to pay for extra support for those affected by climate change.

Writing in this morning’s Guardian she says that “Fossil fuel executives have known for decades that their profiteering from the extraction of oil and gas would lead here: to dangerously high global temperatures and devastating weather events,”

Visiting flood hit communities in the Calder valley yesterday he told reporters that Flooding damage costs £2bn every year in England and Wales, and without deep cuts in emissions that could rise to £21bn after 2050. These costs are currently passed on to all homeowners in the form of higher insurance premiums, while properties built after 2009 and small businesses aren’t protected at all.

She said that to win, Labour needs to make sure 2024 is a climate election.

“That’s why as leader, I’ll centre Labour’s plans to tackle the climate crisis in everything we do, and make sure it defines the next election.”