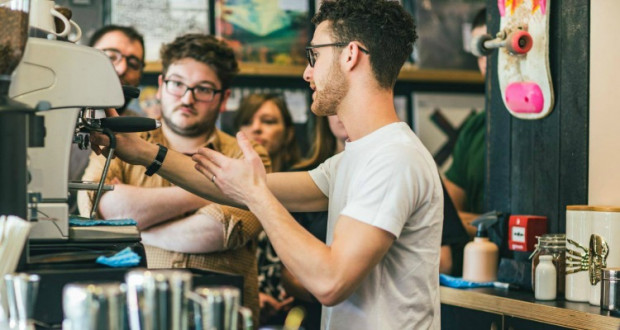 The lockdown will hit young workers the hardest according to a report out this morning by the Think Tank Institute for Fiscal Studies (IFS).

Employees aged under 25 were about two and a half times as likely to work in a sector that is now shut down as other employees. On the eve of the crisis sectors that are shut down as a result of social distancing measures employed nearly a third of all employees under the age of 25 .

This compares to just one in eight  of workers aged 25 and over. (These figures all exclude full-time students with part-time jobs).

Low earners are seven times as likely as high earners to have worked in a sector that is now shut down. Fully one third of employees in the bottom tenth of the earnings distribution work in shut down sectors versus just 5% of those in the top 10%.

Women were about one third more likely to work in a sector that is now shut down than men: one in six (17% of) female employees were in such sectors, compared to one in seven (13% of) male employees.

One mitigating factor says the IFS is that the majority of the affected younger workers and lower earners live with parents or others whose earnings are likely to be less affected, so many may suffer smaller hits to their living standards than otherwise.

Student sculpture made of ‘junk’ on display in Selfridges

People in poverty must not pay the price for Brexit says coalition of charities...