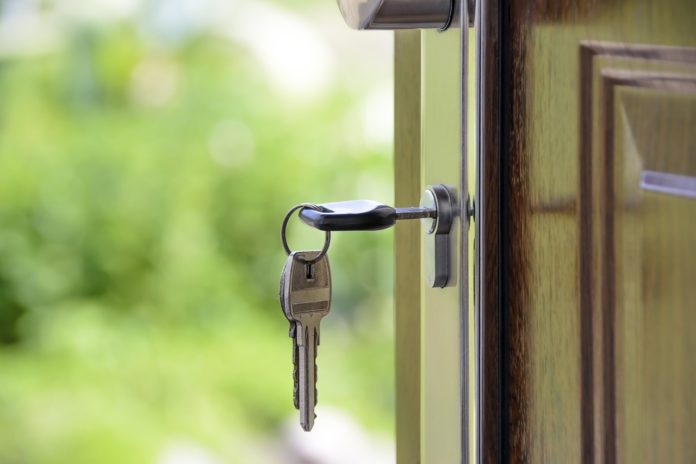 Landlords of short term let properties in Fairfield, Liverpool are achieving the best yields in the North West’s largest cities of Liverpool and Manchester, according to new research by short term letting agency, Portico Host. Landlords letting out Fairfield properties on a short-let basis can expect to achieve a rental yield of close to 30% (27.2%), compared to landlords of longer-term rentals in the same area, who can achieve a yield of 13.6% (the highest available long-term rental yield in both Liverpool and Manchester put together). The short-let yield is based on an occupancy rate of 50% of the year, which is typical for these types of properties due to seasonal demand*.

Fairfield is on the outskirts of Liverpool city centre and is a residential area which has become more popular and gentrified in recent years. A sizeable student population has attached itself to the area, attracted by the proximity of the city centre, the new shopping centre and an array of eateries that have recently popped up. Despite this, property prices remain much cheaper in Fairfield than they are in London; the average London property price is four times that of Liverpool, hence why landlords are able to achieve exceptional yields up north.

Of the ten best performing locations for short term let yields, the top eight are in Liverpool postcodes: L6, L4 and L7. In Manchester, the highest short let yields can be found in Hulme (M15) at 15.1%.

Rachel Dickman, Regional Manager, Portico Host, said: “It isn’t surprising to find that the properties that are achieving the greatest returns are those that are situated in areas surrounding Liverpool and Manchester city centres. These places typically have excellent transport links, proximity to popular tourist attractions, employment hubs, and good restaurants and cafes.

Liverpool is becoming increasingly popular on the tourist trail, with 1.34 million people visiting the city in 2018, including business travellers, students and young professionals.It’s also continuing to host and attract major sporting events, such as the Netball World Cup 2019 which recently took place in the M&S Bank Arena. These factors are resulting in a growing number of people wanting to stay in short-let properties in Liverpool, and the increased demand for this type of accommodation is underpinning the rents that can be achieved.”

Liverpool is also undergoing a £14 billion regeneration with plans for a new stadium for Everton football club and £250 million investment in road infrastructure. The strengthening of its economy and infrastructure, along with its growing student and young professional population, and lower property prices, make investment in places such as Fairfield, Kensington, Walton and Anfield a popular choice for investors.

The same can be said for Manchester, which has one of the fastest growing populations outside of London, and alongside Liverpool has seen a huge influx in tourists and visitors, as improved transport links have made it easier to visit. In 2018, Manchester hosted 4.9 million visitors.

Hulme, where Manchester’s highest short-let yields can be found, has seen more than £400 million worth of investment into regenerating the area. It’s array of diverse eateries, bars and shops has made it very popular with young professionals and it is just a few minutes’ walk from Manchester city centre.

Interestingly,there are currently 10,200 active listings in the North West on Airbnb, according to AirBnb’s latest insight report. These short term lets aren’t just popular with holidaymakers, but also those who are between properties and are seeking flexibility with no overheads.

On the flip side, short-let properties offer homeowners or landlords the opportunity to make extra income from their properties, especially during void periods between student lets or long-term rentals.

For those considering short term lets, the good news is that there are now an array of specialist lenders who offer specific ‘Airbnb mortgages’, and there are also tax-efficient ways to manage short let properties through a company.

In fact, Portico has recently launched a property portfolio investment service, Portico Portfolio, to enable landlords to invest in buy-to-let or short lets in Liverpool and Manchester in a tax-efficient company structure. The agent has partnered with London based Accountancy firm, Accounts and Legal, to handle the tax side of the operation.

Fiona Veitch, Portico’s Marketing Director said, “Portico Host expanded into Liverpool and Manchester earlier this year which has been really successful, and we’ve seen a growing number of landlords look to invest in these areas. In line with this, we wanted to create something unique that makes it easy for London landlords or those sitting on savings to invest in the booming north west.

Launching Portico Portfolio allows us to combine our lettings or Portico Host service with Portico Finance, to generate impressive and tax efficient yields for property investors. You can find out more about our service here. But it’s not just high yields that investors in Liverpool and Manchester can benefit from. Despite property price growth in London plateauing, it’s predicted that the north-west will boast the strongest levels of capital appreciation in the UK over the next five years.

Reports indicate that the north-west will see property price increases of at least 21.6% over the next five years – boosted by supportive government policy, regeneration plans and a surge of companies relocating from London to up north to lower costs.

To find out how much your property can achieve from short term letting, use Portico Host’s Instant Valuation Tool www.portico.com/valuation.

How the coronavirus pandemic is seeing the online entertainment industry flourish

Four new science programmes on the way in 2017