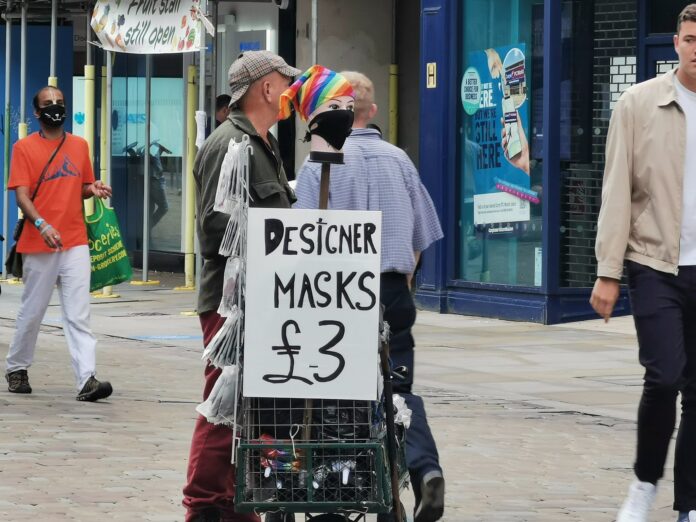 The Press Conference begins at 2.30pm

The Mayor begins by reminding us of tomorrow’s memorial service at Manchester Cathedral tomorrow.

Sir Richard Leese begins by running through a few figures but qualifies the figures by saying that GM is still not recieving all the data.he says the story is positive

The seven day rolling average for admissions to hospitals is 2.5, just 15 ICU Covid patients are in the region’s hospitals.

There are now more “business as usual patients in GM hospitals

Greater Manchester 7 day rate of positive tests has gone down from 10.2 to 8.7 in the last seven days

Andy Burnham says that GM Police have continued to disperse a number of events, two gatherings in Bolton and Oldham, the latter brought about three arrests and officers injured

The Mayor says there will be a visible presence across the Transport network to hammer home the message that face coverings should be worn on public transport.The week of action launches tomorrow

We are now going to questions

“Is the Prime Minister correct when he called for a general return to our offices and if so do you agree that it is needed to give a boost to our town centre economies-and connected to that, should the message for using public transport only for essential journeys now be changed?”

Sir Richard says he has some sympathy to the Prime Minister-It is not an easy question.but as with the Mayor, it has to be done safely.We also need to be adequately financed-

Are GM boroughs which border Blackburn with Darwen, such as Bolton and Bury, at any greater risk of a spike in cases and consequently a local lockdown?

The honest answer says Andy is yes but I wouldn’t go as far as lockdown.We want to support out colleagues in Blackburn with Darwen

The PM has committed to an independent inquiry into how the gov handled the crisis… what issues in particular would you like to be looked at?

It is important that there is an independent inquiry and this should be done as soon as possible-Issues surrounding social care, unresolved issues around the provision of testing data need to be looked at.

how do you assess the prospects of places such as rochdale and oldham needing tighter restrictions short of a new lockdown to deal with outbreaks? is any special effort being made with south asian communities in cramped housing? (blackburn’s public health director has highlighted that as an issue there)

It is my primary objective to minimise the prospects of any local lockdown says Andy Burnham.He is confident that the level of support in GM is not matched anywhere else in England.There is, though he says, the case that targeting messages into some communities is needed

Children to be supported to Start Well in Greater Manchester