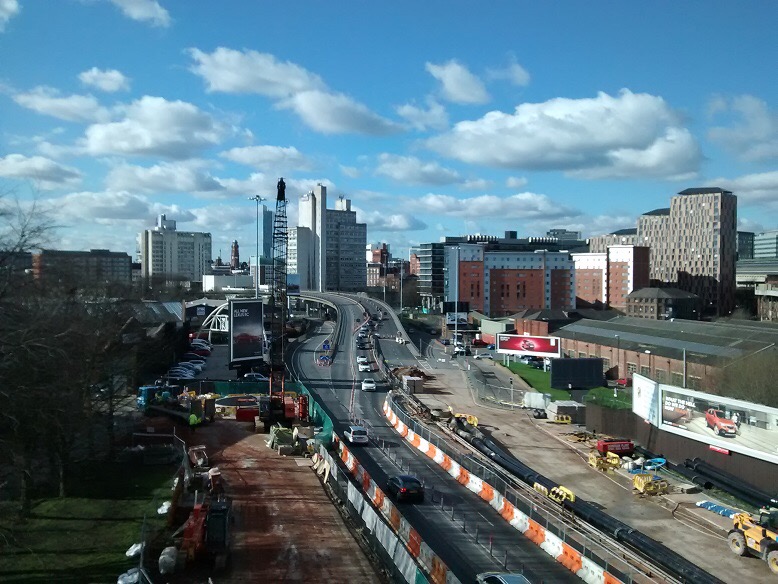 Engineers working to repair the Mancunian Way have reached a major milestone this week.

The tunnelling of a new sewer underneath the carriageway has just been completed, so that means that an end to the work is now in sight.

There’s still quite a lot of work to be done before the road can be fully reopened, but everything is on target to be finished by the end of May.
The United Utilities team now needs to connect the new tunnel to the rest of the sewer network and transfer the sewer flows from the temporary by-pass pipework which is running above ground. The deep concrete shafts that were built to give access for the tunnelling machinery will then have caps fitted over them to support the road surface.

The carriageway and surrounding areas will then be reinstated ready for the road to be reopened.
Tony Griffiths explained: “We understand that motorists just want to see the work done and the road reopened. That’s why it’s great news that we’ve completed this major milestone – now that the tunnelling work is done, the worst of it is behind us.”

The carriageway collapsed last August after heavy rain caused a sinkhole to open up, damaging a major Victorian sewer underneath the road.

Engineers were not able to repair the old brick sewer due to unstable ground conditions, so a brand new sewer has been built at a cost of £6.5 million using tunnelling techniques. The old sewer has been stabilised with concrete and will be abandoned.

Toxic Chemicals and Climate Change-What the Saddleworth fires tell us