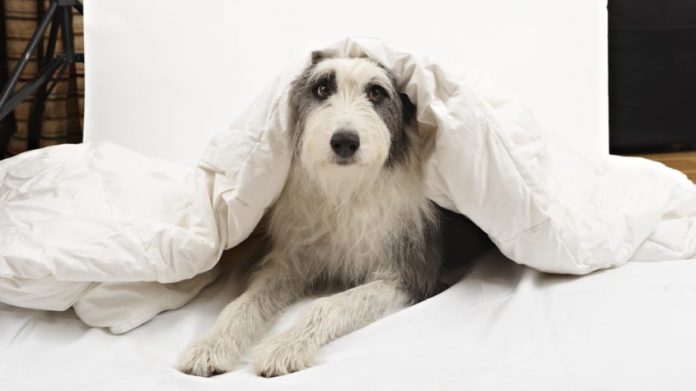 The Liberal Democrats have today pledged their support to a local campaign seeking to lift the Metrolink ban on dogs.

An online petition started by Adam Wilcox, Sam Elphick, Sarah Taylor and Craig Taylor is calling for dogs to be allowed on Metrolink trams in Greater Manchester.

The petition, which already has over 1,300 signatures, has now been backed by the Liberal Democrats who are urging the Labour council to support the lift.

Dogs are allowed on buses in Manchester and on the London Underground but have been banned on the Metrolink since its launch in 1992. In 2015, Transport for Greater Manchester decided not to overturn the rule following a public consultation and passenger surveys.

“We started the campaign due to the reaction we received whilst travelling to Manchester City Centre on the bus.

“People were always so keen to come and say hello to our two dogs and it got us thinking about the tram. What’s so different? Surely, if people love dogs on the bus, why wouldn’t they enjoy travelling with them on the tram?

“Whilst we are grateful for the bus services for allowing dogs, there are many places in Greater Manchester that are not accessible by bus or would take several hours and numerous changes.

“We are calling for dogs to be allowed on Manchester’s Metrolink and you can sign our petition here.”

“We are in an age where we rightly encourage the use public transport to ease congestion and protect the environment, and yet responsible dog owners are not permitted to travel on a key form of public transport in Manchester.

“We fully support the campaign to lift the ban on dogs on Metrolink trams in Manchester and will be pushing the council to support our position too.”

Danny Vaughan, TfGM’s Head of Metrolink, said: “We ran a thorough public consultation back in 2015 and through that it was decided that only assistance dogs would be permitted to travel on Metrolink.

“We appreciate that there are people that would like to their dogs to be able to travel on the network, however, Metrolink operates as a high-frequency, high-volume, unstaffed system and there is no representative available on board to assess the potential risk posed by animals.

“While the vast majority of dog owners are responsible, there is no way to guarantee all dog-owners will ensure their dogs behave appropriately and do not represent a nuisance or, worse still, a risk to passengers.

“At the same time, we also cannot guarantee the welfare and safety of dogs travelling on trams.

“Our primary concern when making the decision was to ensure that we could continue to provide a safe and responsible operation of the Metrolink network, which now carries over 41 million passengers a year.”

Greater Manchester is the worst place in the UK for BBQ-related fires, according to...