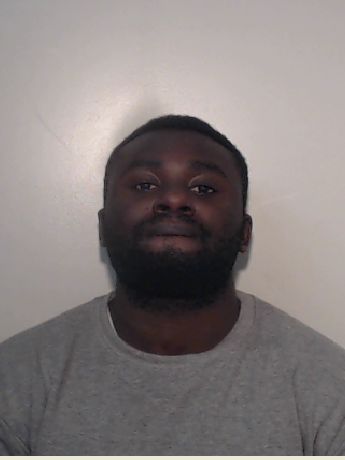 Kyle Rhoden aged 24 of Marley Road, was sentenced to 11 years in prison for possession of a firearm with intent to endanger life, today at Manchester Crown Court.

The court heard how on 23th March this year Rhoden flew from Manchester to St Lucia and returned two weeks later carrying the same black Nike bag he’d left the country with.

Rhoden then checked himself into a hotel in Shropshire, which he was seen leaving later that month carrying the black bag.

The following day, plain-clothed officers saw Rhoden get out of a VW Golf in Levenshulme, before returning to the car a short time later and driving off.

An hour later, Tactical Firearms Officers brought the VW Golf to a halt in Burnage.

On searching the car, police found the black bag which was holding a self-loading pistol with 8 rounds of ammunition.

Rhoden was arrested and subsequently charged.

Detective Inspector Tony Norman of GMP’s Serious and Organised Crime Group, said: “Rhoden is a dangerous man and his conviction and imprisonment will make Manchester a safer place.

“He was in possession of a deadly weapon and I have no doubt that he had the weapon with the intent of causing serious harm to anyone who got in his way.

“I am incredibly pleased with the result that we’ve secured today, as a result of the dedication and hard work of my entire team.”

Man arrested after body of women found in Ancoats flat