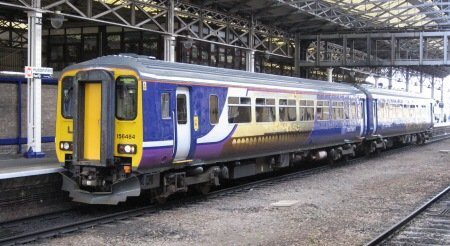 Local railway stations across Greater Manchester could be transformed into modern, vibrant transport hubs at the heart of an integrated network, but only if a once-in-a-decade opportunity is offered up by government.

Bosses at Transport for Greater Manchester (TfGM) believe all local railway stations would be better managed and run locally for the benefit of commuters across the region if they were given long-term leases, which would in turn enable long-term investment.

Currently rail stations across Greater Manchester are managed by Train Operating Companies (TOCs) on a short term basis, or by Network Rail, which owns and maintains rail infrastructure across the UK.

But they say, the opportunity to tackle this situation hinges on the government leaving this option open in the impending refranchising of Northern Rail and First TransPennine services.

As such, time is now of the essence to avoid Greater Manchester’s railway stations from falling into sharp decline rather than being fit-for-purpose gateways to the ‘Northern Powerhouse’.

Speaking on the day that Transport for the North officials met for the first time, Councillor Andrew Fender, Chair of the Transport for Greater Manchester Committee, said: “Today is an important milestone in the journey towards a new Northern Powerhouse, and the proposals we’re promoting today form a key part of the overall piece.

“Given the short-term nature of rail industry funding and the lack of incentives on offer for delivering station improvements, we have seen decades of under-investment resulting in cold, dreary and uncomfortable stations with few – if any – amenities.

“The majority of Greater Manchester’s 97 rail stations are old – over 80% are more than 100 years old – and many of them have remained fundamentally unchanged in that time, with 52 of them currently classed as inaccessible.

“We believe that by handing control of stations to Greater Manchester we can address the issue of under-investment and place them at the heart of an integrated network, providing transport hubs where buses, trains and, in some places, trams all connect and make journeys easier and more comfortable.”

An Invitation to Tender for the franchises is due to be published by the government in the near future – and TfGM has been in detailed discussions with them to ensure the door is left open for it to take over management of those stations when the franchise winners are announced later this year.

At the same time, Greater Manchester is in line to secure new powers, responsibilities and budget controls through its historic devolution agreement with government. The two events together present a golden opportunity to reverse this decline and, instead, maximise the potential of the area’s railway stations.

Councillor Fender added: “We have a golden opportunity here – one that has to be seized. There is a very real and significant risk that while every other part of our transport network will improve through devolution, our rail stations will remain largely stagnant, inaccessible and fit for the 19th Century.

“What we are proposing is local management on a long-term lease so we can develop a long-term funding model. Instead of only distractedly looking seven years ahead, as is currently the case, we would be able to look 30 years ahead – longer, even.