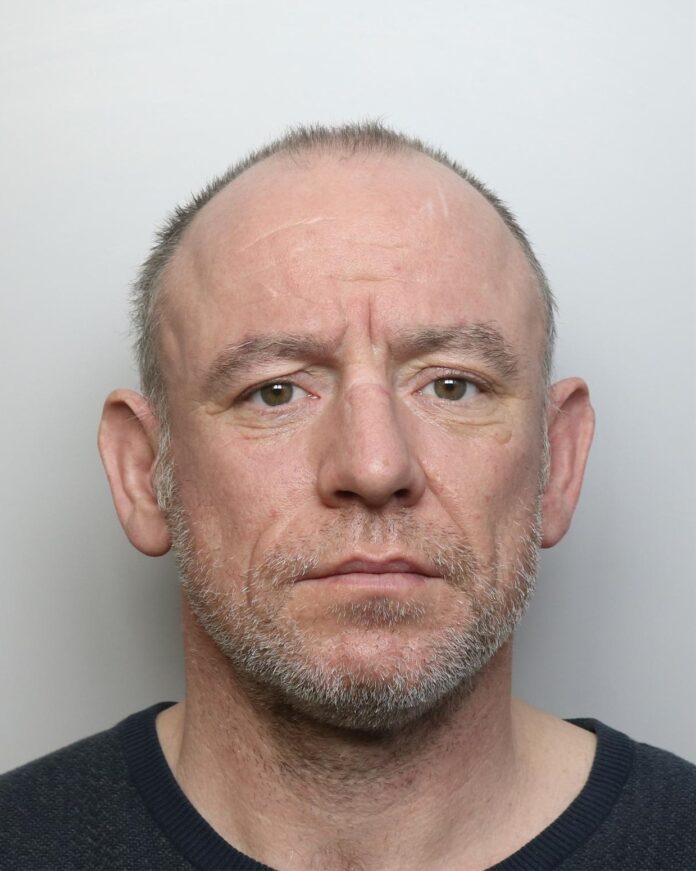 A 46-year-old man who raped, strangled and imprisoned a woman in Knutsford has been jailed.

Lee Jones, of Cross Flatts Street in Leeds, committed a series of offences, leading to his arrest in February 2021.

e admitted to raping the victim on two occasions.

On the first occasion, he strangled her before motioning to a knife located on the floor and making threats towards her family.

Jones was arrested on Thursday 26 February after the victim messaged family members asking for them to call the police for her.

When interviewed in custody he claimed that the sex he had with the victim was consensual.

Jones also claimed that the strangulation marks on her neck were a result of consensual sex.

Jones returned to the court on Tuesday 19 April and was jailed for 12 years, and given an extended six years on licence.

He was also to adhere to the terms of a Sexual Harm Prevention Order (SHPO) and sign the sexual offenders’ register for the rest of his life.

Detective Constable Andrew Cole, who led the investigation at Macclesfield CID, said: “Lee Jones subjected his victim to a horrendous level of sexual and physical abuse.

“Thanks to the bravery of the victim in disclosing what Jones had subjected to her to, he has been brought to justice for his heinous actions.

“I am delighted that he is now behind bars, where he cannot pose a threat to society.

“Whilst the victim will never be able to forget what Jones subjected her to, I hope that the culmination of this case and the sentence that has been handed out by Chester Crown Court gives her some closure and enables her to begin to move forward with her life.”

Speeding driver who fled the scene of a collision that left a man with...

Four men have been jailed for their part in a brutal gang attack which...