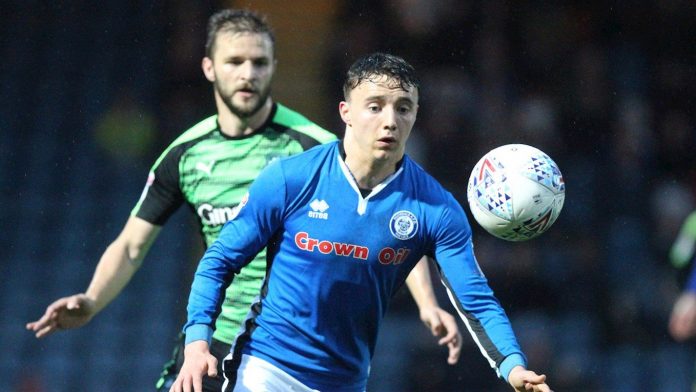 Oldham Athletic dropped into the League One relegation zone after suffering a home defeat as Southend United ran out 0-3 winners at Boundary Park.

Theo Robinson fired the Shrimpers into the lead five minutes into the game but Latics had chances to equalise.

Eoin Doyle went close on a number of occasions but could not find the leveller as Southend United led at the break.

Simon Cox added two quick goals early in the second half to kill the game off for the visitors and ensured Latics fell to defeat, ending their six game unbeaten run.

Meanwhile Rochdale earned a point to move out of the relegation zone with a 1-1 draw at home to Plymouth Argyle.

After an entertaining first-half in which both sides created chances, Argyle broke the deadlock eight minutes after the break through a Joel Grant header.

Dale had the perfect response though, as Ryan Delaney equalised with a looping header just two minutes later, a goal which would eventually secure a share of the spoils.

At the top Wigan Athletic’s Sky Bet League One title bid remains in their own hands after Ryan Colclough scored a late leveller at Bristol Rovers.

Substitute Colclough bagged his sixth goal of the season to secure Latics a point which keeps their hopes of lifting the League One title for the second time in three years alive.