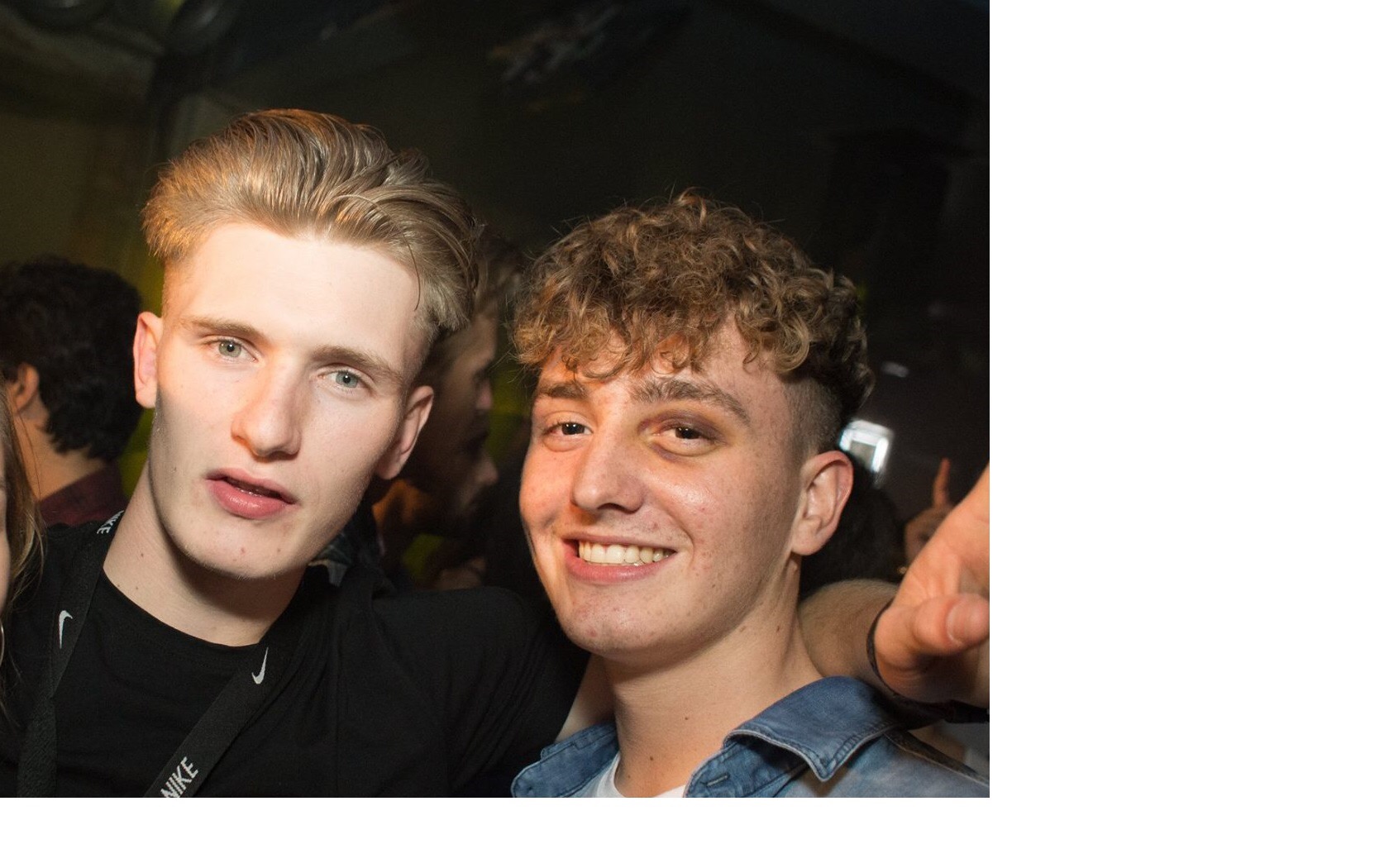 Police have released an image of two men they want to speak to in connection with a serious assault in the city centre.
At around 4am on Sunday 28 August 2016, an 18-year-old man was involved in a dispute inside Factory 251. After leaving the club, he was attacked by two men on Charles Street.
The victim was beaten to the ground and received several punches and kicks to the face, leaving him with a fractured jaw and severe facial bruising.
An investigation has been launched and police have now released an image of two men they wish to speak to in connection with this incident.
Detective Constable David Ogden, of GMP’s City of Manchester team, said: “This terrible assault has left a young man with some nasty facial injuries.

“This happened outside a busy club in the early hours when lots of people would be heading home, so somebody must have seen something.

“I would like to appeal to anyone who witnessed the incident or has any information that can help our investigation to contact the police.

“I would also urge anyone who recognises the men in the photograph to come forward.”

William Stewart 26, of Cross Hey Avenue, Birkenhead, was sentenced to four and a half years in prison and banned from driving for seven years for causing death by dangerous driving at Preston Crown Court today, Thursday 29 September 2016.

On Thursday 4 June 2015, Natalie Thorpe was at a pelican crossing on Dunham Road, Altrincham, on her way home from work.

As Stewart drove around the corner in a flat-bed lorry one of the crane’s stabiliser legs extended to its full 6ft length and collided with Natalie, throwing her along the road.

Stewart’s vehicle continued a short distance along the road where the crane hit a vehicle before stopping at the junction of Groby Road.

Emergency services were called but Natalie was sadly pronounced dead at the scene.

Inquiries revealed Stewart had been involved in a number of incidents in a work vehicle, including demolishing a customer’s wall during a delivery and hitting a member of the public’s vehicle and failing to stop.

He had been dismissed from this company and was in his first week in a new job when this tragedy occurred.

Following the collision the vehicle was inspected and it was found that the crane had been packed away incorrectly and was not correctly secured.

PC Paul Joynson, of GMP’s Serious Collision Investigation Unit, said: “This tragic incident has taken the life of a young woman due to the negligence of William Stewart and has also robbed an innocent child of their chance to grow up knowing their mum.

“Stewart committed a catalogue of errors and ignored the safety procedures expected of an LGV driver and a crane operator.

“The sentence can never make up for the pain Natalie’s family have endured but I hope that this can help to offer them some closure.”