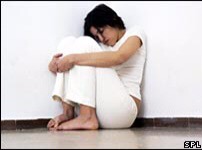 The use of physical restraint against mental health patients at Manchester Mental Health and Social Care Trust has doubled over the last three years, with an average of four restraints every day last year, new research by the Liberal Democrats has revealed.
The audit also showed that a huge increase in mental health patients being subjected to face-down restraint – a dangerous and distressing practice which can restrict a patient’s breathing.

194 instances of face-down restraint were recorded at the Manchester Trust last year, up from 54 in 2014/15.

127 injuries to patients and 218 injuries to staff were reported as having occurred as a result of physical restraint at the Trust in the past year, highlighting the dangers the practice can pose to both patients and staff.

John Leech has worked closely with hospitals and trusts in and around Manchester for over 25 years, commenting that “they provide a world-class level of care.”
However, these statistics come despite guidance issued by John Leech’s close colleague, Norman Lamb, as Care Minister in April 2014 aimed at substantially reducing the use of physical restraint in psychiatric units and ultimately ending the practice of face-down restraint altogether.
John Leech will raise the concerning report with Cllr. Paul Andrews, Adult Health and Wellbeing executive, with a pledge to improve patient and practitioner relationships.

Enough is enough says Burnham as he questions whether Northern Rail has breached its...