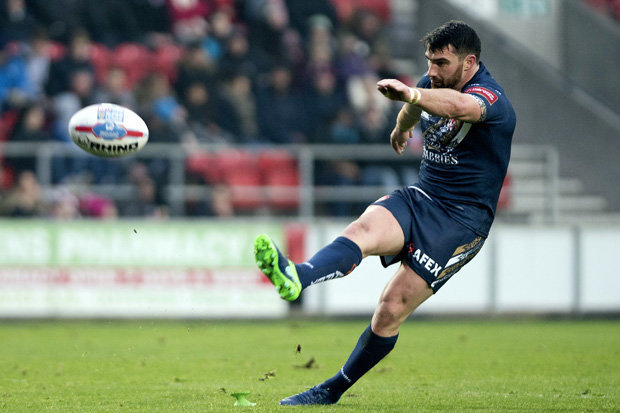 The Salford Red Devils suffered last minute heartbreak at the hands of St Helens in a close game on Friday night.

A last second in the drop goal from Matty Smith saw St Helens take the win in a game that Salford had lead for large spells.

A Todd Carney penalty gave Salford the early lead, but this was quickly cancelled out by a try from Smith and penalty from Makinson.

The Red Devils managed to level scores on the stroke of half time as Niall Evalds got on the end of a Carney kick to score on the hooter.

Salford start the second half on top and were quickly in the lead through Greg Johnson who stepped past a couple of Saints defenders to score on 5th tackle.

Minutes later and the Red Devils were celebrating again. Kriss Brining made a break only to be stopped metres short, but Rob Lui scooped up the ball from the base of the ruck to score.

The Red Devils now well on top, Evalds scored his second of the game as Salford took a 16 point lead.

Saint Helens then stepped up a gear, and three tries in quick succession saw them pull the score back to 24-24.

In the dying second, as Salford looked to snatch the lead back themselves, the ball fell into the hands of Smith, who kicked a long range drop goal to give Saints a dramatic win.