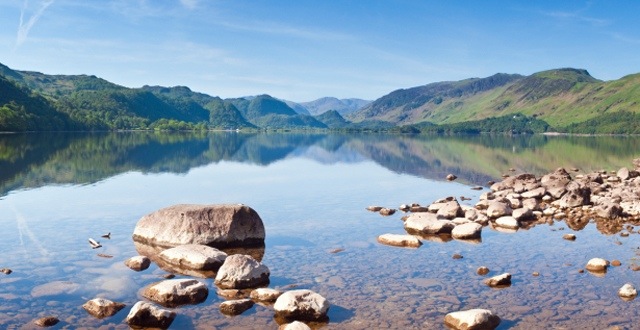 The Lake District has been invited by The Department of Culture, Media and Sport to prepare a case for the coveted UNESCO World Heritage badge.

It will be the UK’s nomination for 2016 World Heritage inscription and faces the prospect of joining the Great Wall of China, Egypt’s pyramids and the Taj Mahal as an internationally recognised location.

“It would provide the globally recognised branding the Lake District and Cumbria and our tourism industries are seeking – it would tell the story of what makes this place so special to the outside world, and to the people of Cumbria.” adding that the bid to secure the status for the Lake District dated back to the 1980s.

The area, just one hours drive north of Manchester, covers approximately 880 square miles, and gained National Park status in 1951 and runs from Lindale in the south to Caldbeck in the North, and Shap in the East to Ravenglass in the West.

The Lake District National Park is the destination for millions of tourists who every year come to take on the challenges the mountains and fells have to offer, or the pleasures of hiking, sailing, and horse riding, and also to visit the numerous and varied attractions. events and festivals.

The area also has a literally association, first with Thomas Grey , who documented his Grand Tour in 1769. Later it was put on the map by William Wordsworth who spent much of his life in and around the lakes and mountains, first as a schoolboy at Hawkshead, and afterwards living in Grasmere and at Rydal Mount.