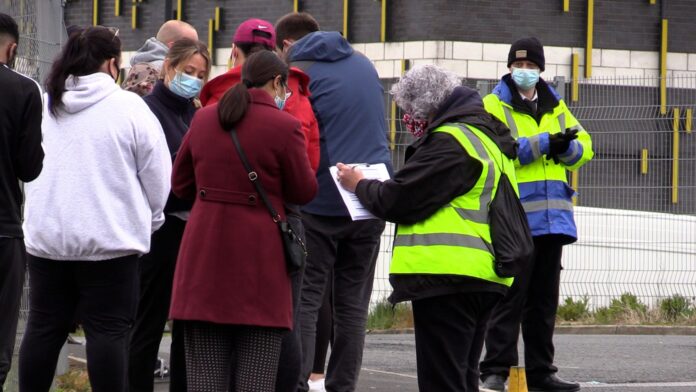 Shadow Health Spokesman Jonathan Ashworth has urged the Government to think again after introducing new advice telling people in regions hardest hit by the B.1.617.2 variant of Covid-19 to restrict their travel and to avoid meeting indoors.

Changes to government guidance was published online on Friday night, yet local leaders have complained that they were not consulted on the plan and were left completely blindsided by the changes, which were not announced.

Ashworth called the handling of the changes a ‘fiasco’ and asked for a message to be relayed to Matt Hancock, who did not turn up to answer the question, saying:

“Withdraw this guidance now and convene a meeting of the relevant Directors of Public Health this afternoon to produce a plan involving isolation support, enhanced contact tracing and  – because we know from PHE a single dose of the vaccine is less effective against this variant  – the rollout of vaccination for everyone”.

The Government responding in the Commons by saying that it is coming down “really hard” against the India variant and referring to the areas where the government guidance has been tightened  this is in line with what Boris Johnson said two weeks ago.

Nadhim Zahawi, the vaccine deployment minister, said that people in the areas with new restrictions can still go and visit families outside those areas but should meet outside if they can  but this appears to contradict the Government website which states that travel shopuld be essential only.

At the daily Downing Street briefing of the press lobby the Prime Minister’s spokesman insisted that the government had always stressed the need for people in Covid hotspots to take extra care,adding.

Throughout we have been clear that people in these areas should recognise the extra risk posed by the variant and exercise their judgment.

The prime minister talked about this during his press conference on 14 May, government has reiterated a similar message since.

We are in contact with local authorities and that will continue and stressed that the new guidance was not statutory.