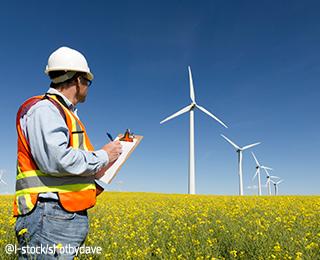 Labour will today (Tuesday 10 November) challenge the government to ‘Build it in Britain’ and support the creation of 400,000 jobs, including in the crucial manufacturing sector, through a green recovery from the Covid crisis.

Ahead of this month’s Comprehensive Spending Review, Labour is calling for an economic recovery that will deliver high-skilled jobs in every part of the UK as part of the drive towards a clean economy. It is also calling for the low-carbon infrastructure of the future to be built in Britain.

Labour’s calls follow an extensive consultation with businesses, trade unions and other stakeholders around what a credible green recovery should look like, which received almost 2,000 responses.

The party says the Government should be bringing forward planned capital investment and dedicating it to low-carbon sectors – at least £30billion in the next 18 months – as part of a rapid stimulus package to support up to an estimated 400,000 additional jobs and should be retraining workers putting in place an emergency training programme to equip people affected by the unemployment crisis with the skills they need for the future greener economy.

They also call for the creation of a National Investment Bank similar to those operating in other countries, focused on green investment, and by ensuring that public investment always aids the drive to net-zero rather than hindering it.

“We face a jobs emergency and a climate emergency. It’s time for a bold and ambitious plan to deliver hundreds of thousands of jobs which can also tackle the climate crisis.

“As other countries lead the way with a green recovery, Britain is hesitating. It’s time to end the dither and inaction, and start delivering now. It is what the British people deserve and what the crises we face demand.”

“She was a quiet and gentle soul”