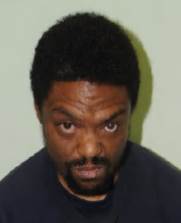 The man who lunged at five people with a knife when running through the Arndale Centre in October 2019 – wounding three of them – has been given a hospital order under the Mental Health Act.

Raphael Chevelleau 43, who lived in Blackley, Manchester, was later detained under the Mental Health Act following his arrest by our officers responding to reports of multiple people being stabbed at the Arndale shopping centre in Manchester on the morning of Friday 11 October 2019.

Chevelleau had initially been held under the Terrorism Act following the incident but was deemed by medical specialists to be initially unfit for interview and has been in a secure hospital ever since.

Detectives from Counter Terrorism Policing North West found no ideological motive for the attacks but were authorised to charge Chevelleau for three counts of wounding with intent and two counts of attempted wounding – concerning four women and a man.

Extensive CCTV enquiries formed a sequence of Chevelleau’s movements that morning – beginning at a local store in Blackley where he purchased a knife for £1.50 before putting in his coat pocket and heading towards the nearest bus stop.

After exiting the bus at Shudehill, Chevelleau walked across to the Arndale where he walked through the shopping centre to the toilets where he then disposed of the packaging for the knife and returned to the mall.

He then proceeded to go on a 90-second rampage through the shopping centre where he first attacked a man in his 50s before inflicting injuries on four more people – all women – aged between 19 and 49.

Thankfully, none of the injuries were life-threatening but the man has since had his use of his right-hand severely affected and all the victims have since been offered support for any psychological harm caused as a result of the attacks.

Chevelleau had just stabbed his final victim at the exit of the Arndale when he ran down the stairs and disposed of the weapon in a bin.

He was followed on CCTV by operators at Manchester City Council before responding officers arrived at the scene in minutes and detained Chevelleau so he could be taken to custody.

Despite being arrested under counter-terrorism legislation due to the nature of the incident and comments made during his arrest, CTPNW investigators did not find evidence of an ideological motive following a protracted investigation – with thorough correspondence with mental health specialists.

Detective Chief Inspector Clare Devlin, Senior Investigating Officer, said: “The shock, fright, and pain – both mentally and physically – that Raphael Chevelleau inflicted on the five victims that day cannot be understated, and I’m sure the majority of those who were in the city centre that day vividly remember how they felt when these attacks were taking place.

“It was only clear to us after a protracted investigation that we were able to rule out this wasn’t motivated by terrorism; but this wasn’t to be known to the many people at the time who rightly ran for their lives, and for our responding officers who swiftly dealt with him and ensured he was no longer a risk to the public.

“Our subsequent investigation, and ultimately today’s sentencing, means that Chevelleau will remain in a safe place for him to get the treatment he needs, and that the public are safe from the threat that he clearly posed that day.

“I want to pay tribute to the victims in this case whose perseverance, strength and patience has been admirable and I hope that today can bring some closure on what will no doubt remain a traumatic and unforgettable ordeal for all involved.”

Detective Superintendent Will Chatterton, of Counter Terrorism Policing North West, said: “I’d like to thank the investigation team that has meticulously worked on this case for being able convict Chevelleau for his terrifying actions that morning in 2019, and ensure that he will remain away from the streets until he is no longer a danger to the public.

“All of us recall the Arndale attack over two years ago, and particularly how it brought back relatively raw memories of previous acts of violence on innocent people in our city – especially those of a terrorist nature.

“While this incident was not terrorism, it did not diminish the level of fear and anger that people felt that day; and it reminds us to remain vigilant while we are out and about and report anything suspicious to the relevant authorities.

“The swift action of responding officers, staff at the Arndale and at the local authority – as well as the subsequent enquiries from our detectives – have ensured that Chevelleau has not been free on our streets thereafter and will continue to receive the expert care necessary to not allow him to be in a state to act in this awful way again.”