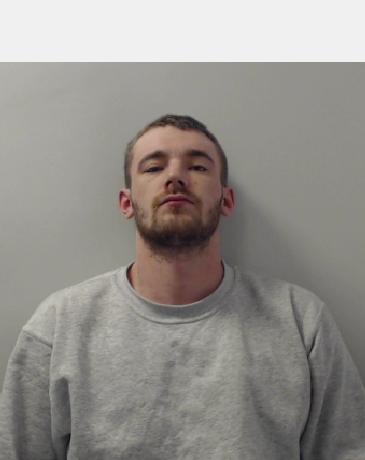 A knife-wielding offender who tried to stab a man during an argument in a city centre convenience store has been jailed for eighteen months.

Johnson visited the Spar store on Piccadilly in the early hours of Saturday 22 June 2019 and instigated an argument with a man and woman that continued at the front door of the shop.

When the man confronted him, Johnson twice lunged at him with a knife he’d been concealing up his sleeve.He then became involved in a violent altercation with a second woman.

Following this, he tried to hide the blade before casting it onto the floor when police arrived.

Johnson later claimed to police that he was carrying a knife for protection against a group of men he’d had trouble with in the past, but could not provide an explanation about why the argument started.

Constable Samuel Schofield of GMP’s City of Manchester Division, said: “It is only by sheer luck and the timely intervention of two security guards that no-one was seriously injured during these altercations.

“The wild lunges Johnson made towards his target could have struck anybody. His despicable behaviour put innocent lives at risk and left bystanders terrified for their safety.

“Johnson must have been aware that CCTV was operating in the area, not to mention the dozens of witnesses that saw this incident unfold in one of the busiest parts of town.

“His disregard for these factors show him to be a dangerous offender who was spoiling for a fight and intent on committing violence.

“We’re pleased he has now been jailed and we hope he uses this time to rectify his behaviour for the future.”