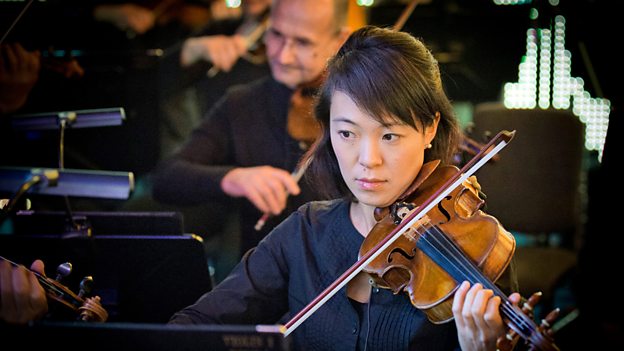 In a bold challenge to traditional behaviour at classical concerts, the BBC Philharmonic will be inviting audiences to keep their mobile phones ON next season in Philharmonic Lab.

In some of the orchestra’s concerts at The Bridgewater Hall next season, participating audience members will be given access to ‘live’ programme notes on their mobile phones, synchronised to the music being performed.

Philharmonic Lab concerts, where the new technology will be used, will include three world premieres as well as core classical repertoire. Philharmonic Lab launches on 22 September.

The 2018/19 season will also include, celebrated young Liverpudlian musician Mark Simpson, who is the BBC Philharmonic’s Composer in Association, will perform the world premiere of his own Clarinet Concerto on 15 June.

Other world premieres include music by Martin Suckling and Robin Holloway while Oliver Knussen returns to conduct the Philharmonic for the first time in 30 years.

All concerts will be broadcast live or recorded for BBC Radio 3.

Simon Webb, BBC Philharmonic General Manager, says: “With new music, new technology and new audiences, the launch of Philharmonic Lab demonstrates our commitment to combining the familiar with the new and the neglected, both with the music we perform and the way in which it is presented. In a world dominated by technology, we are harnessing the power of the new to bring great orchestral music to as wide an audience as possible.”

Concert goers using the new technology during Philharmonic lab concerts, and keeping their phones on in the concert Hall, will be seated in specific areas to avoid disturbing other audience members. The concert notes will use a special programme applied on the night by an IT specialist in the auditorium.

What an experienced financial advisor can do for you