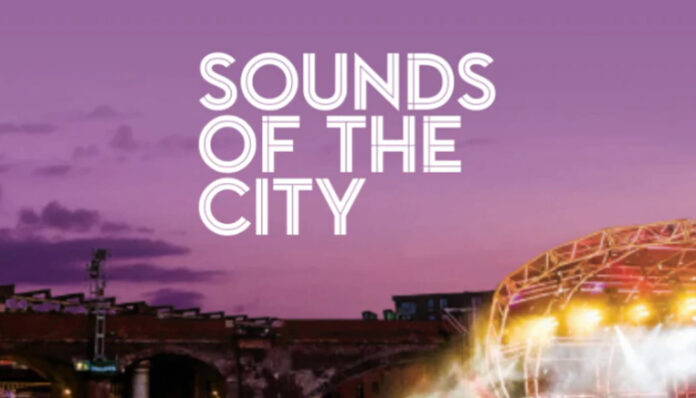 Sounds of the City is back this September, taking over Manchester’s Castlefield Bowl for a series of headline concerts featuring Dermot Kennedy, Kaiser Chiefs and Razorlight, Paul Heaton & Jacqui Abbott, The Streets, Haçienda Classiçal and Snow Patrol; with special guests just announced.

Sounds Of The City has established itself as a staple part of the Manchester music scene with some of the most acclaimed live artists taking to the stage.

Headlining on Tuesday 21st September is Global phenomenon Dermot Kennedy. Now sitting with nearly two and half billion streams globally and over 15million monthly listeners on Spotify alone, Dermot has become an unquestionable global megastar since the release of his number 1 selling debut album ‘Without Fear’ in 2019.

Alongside getting nominated for the Best International Male BRIT Award in 2020, he has become the best-selling Irish artist of his generation, with his debut album sitting at the #1 spot for a total of 27 weeks and selling over 1.7m copies worldwide. The album is also Ireland’s fastest selling debut album of the millennium. Having just released his new track ‘Better Days’, Dermot is also gearing up for his biggest tour to date this autumn which includes three sold out night’s at London’s Alexandra Palace and two sold out dates at Manchester O2 Victoria Warehouse. Dermot will be joined by very special guest Mimi Webb.

Following a huge UK arena tour in January 2020, Kaiser Chiefs will be back in the live arena on Wednesday 22nd September. As one of the most successful British guitar bands of the millennium Kaiser Chiefs released their seventh studio album ‘Duck’ in 2019 to wide critical acclaim.

This saw them reclaim the creative swagger that underpins their strongest work and harks back to the everyday explorations of their breakthrough early albums. Nearly 17 years into their career, the band are hitting new artistic peaks. Kaiser Chiefs will be joined by very special guests, indie-rock elite Razorlight and trio PINS.

Paul Heaton & Jacqui Abbott’s headline sold out show at the bowl follows the release of last year’s Number 1 album ‘Manchester Calling’. Paul Heaton is one of the UK’s most successful songwriters, with some 15 million album sales under his belt. Along with Jacqui they have since released four acclaimed albums as a duo: ‘What Have We Become’ (’14), ‘Wisdom, Laughter and Lines’ (’15), ‘Crooked Calypso’ (’17) and Manchester Calling (’20). In 2018 Paul released a career spanning compilation of his biggest hits entitled ‘The Last King Of Pop’. Paul Heaton and Jacqui Abbott will be joined by The Skints.

Mike Skinner, aka The Streets, is a native of Birmingham/Barnet in the UK – a rapper, producer, DJ, singer, writer, actor who happens to have made some of the most important British music of this millennium. His debut album “Original Pirate Material”, released in 2002 is widely regarded to have changed the face of British rap music, and his second album “A Grand Don’t Come For Free” was a huge worldwide success spawning hit singles like “Fit But You Know It” and “Dry Your Eyes”.

After 5 albums and over 5 million record sales, Skinner quit The Streets and worked on other musical projects as well as reinventing himself as a successful DJ playing Bass and Grime. In 2018 Skinner revived The Streets with his phenomenal touring band (which also features Rob Harvey of The Music on guitar/vox) for a rapturously received tour that continues into 2019 – and in 2021 The Streets will release a new album and his debut feature film, both entitled “The Darker The Shadow The Brighter The Light”. The Streets come to the Bowl on Friday 24th September and will be joined by The Skinner Brothers.

Haçienda Classiçal also returns on Saturday 25th September with Manchester Camerata on for its fifth event at Castlefield Bowl in what has becoming an annual and signature event for FAC 51 The Hacienda in its home city. The clubbing classical cross-over concept has proved wildly successful, and all the Castlefield dates have all fully sold out well in advance. Joining as special guests are K Klass. The complete line up for Hacienda Classical including DJ’s will be announced in due course.

Ending the concert series on Sunday 26th September is Snow Patrol who over the past two-decades have carved out a unique place for themselves. Since their 1998 debut, Songs for Polarbears, the band has racked up an impressive number of critical and commercial accolades, including 17 million global album sales, 1+ billion global track streams, 5 UK Platinum Albums and are Grammy, BRIT Award and Mercury Music Prize nominated.

The band also received the coveted Ivor Novello album award in 2005 for Final Straw. Joining Snow Patrol are The Lathums and Lucy Blue. The Lathums recently announced their debut album How Beautiful Life Can Be. The band sold out their own headline show at O2 Victoria Warehouse for November in a matter of days.

Since 2013, Sounds Of The City has become an integral part of the Manchester music scene with some of the most acclaimed live artists taking to the stage from the likes of Kylie, The National, Chic, New Order, Arcade Fire, The Kooks, Elbow, The Wombats, Noel Gallagher’s High Flying Birds, Rag’N’Bone Man, Last Shadow Puppets, Catfish And The Bottlemen, Paolo Nutini, James, Pixies and Courteeners.

Russell Watson special gig at The Stoller Hall, Manchester, part of ‘PASSPORT: BACK TO...