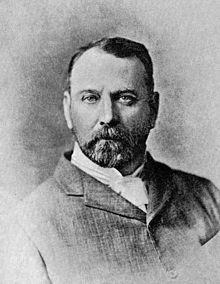 The London Times reported from Vienna on the aftermath of the assassination saying that it was not necessary to jump to the conclusion that war between Austria and Serbia was inevitable.

Instead it cautioned that things should proceed slowly and no action would be taken until the results of the enquiry into the events of the 28th June were announced.

The anti Serb demonstrations in the Austrian Capital had ceased although there were continuing outbreaks in other corners of the empire.

In Manchester, a boy from Gorton was described by the judge as a young highwayman who had, the court heard committed over 200 acts of theft since Christmas.The boy was remanded until the following Friday with a view to his committal to an industrial school.

A painter front Quay Street was charged with the attempted murder of his wife -the court heard that they had be separated for six weeks before meeting in Water street where they “had words” before she refused to give him money, presumably for alcohol, whereby he hit her across the head with his boot and drew a razor across her throat.

Sydney Grundy, the playwright who was born and brought up in Manchester and educated at Owens college died at his home in London.He was the son of a former Lord Mayor of the city.

He practiced law in Manchester before turning his hand to playwriting .He wrote primarily comedy and farce.

His first play, a farce, A Little Change (1872), appeared at the Haymarket in London, and he wrote some 60 more, including many adaptations from French and German.

Grundy’s most popular play was the fairy-tale comedy, from the French, A Pair of Spectacles (1890), which ran for 335 performances at the Garrick Theatre and provided a fine part for John Hare, the actor-manager, as the philanthropist Benjamin Goldfinch, who takes on his brother’s flinty and miserly character when he breaks his spectacles and borrows his brother’s. All is well, and his brother reformed into the bargain, when his mended spectacles are restored.