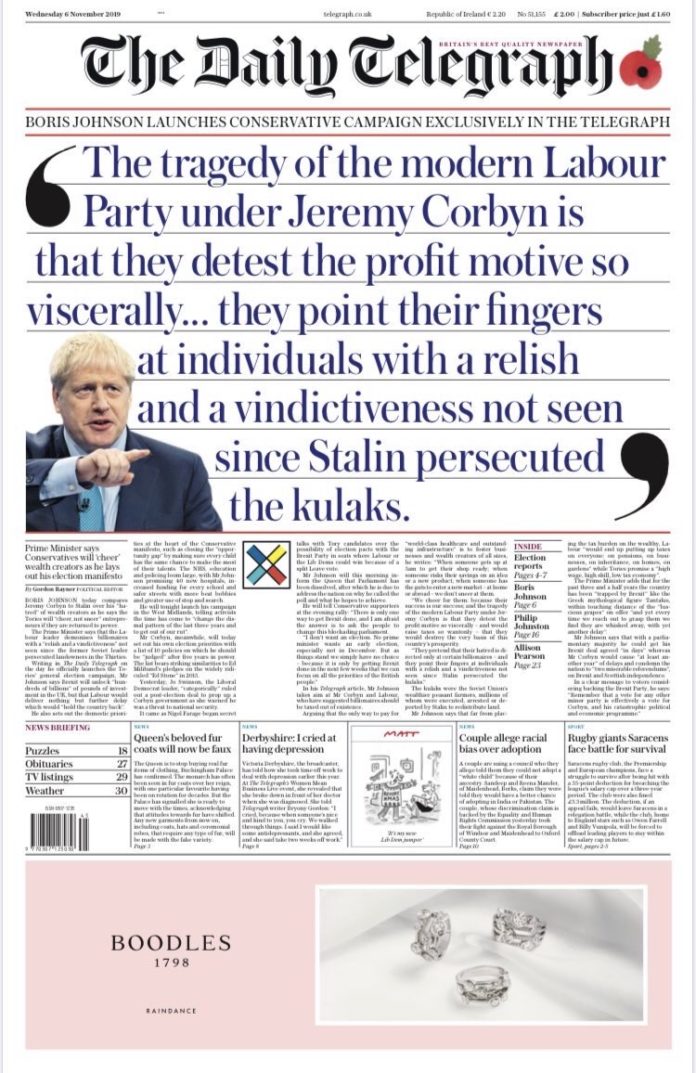 As the Tories prepare to launch their ejection campaign this morning, The prime minister, writing for his former employer the Daily Telegraph this morning, goes on the attack, comparing Labour leader Jeremy Corbyn to Joseph Stalin.

“The tragedy of the modern Labour Party under Jeremy Corbyn is that they detest the profit motive so viscerally — and would raise taxes so wantonly — that they would destroy the very basis of this country’s prosperity,” Johnson writes. “They pretend that their hatred is directed only at certain billionaires — and they point their fingers at individuals with a relish and a vindictiveness not seen since Stalin persecuted the kulaks.”

Labour to close the skills gap with 320,000 new climate apprenticeships in its first...