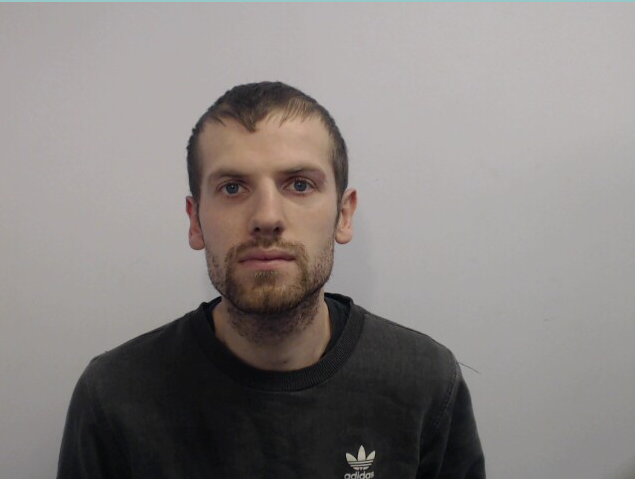 A man has been jailed for two years after assaulting and fracturing the cheekbone of a member of NHS staff at Salford Royal Infirmary back in March.

Daniel Shevlin aged 27 of no fixed abode, was sentenced today at Manchester Crown Square Crown Court via video link after previously pleading guilty to  assault and section 4a of the Public Order Act.

The verdict came after the court heard how Shevlin threw one punch at the NHS worker – a man in his 50s – while in the waiting area of the hospital on Stott Lane on the afternoon of Sunday 29 March .

Shevlin had earlier presented at the Accident and Emergency department after claiming to have had a drug overdose.

The court was told he had become agitated at being told there was no juice available before he then assaulted the man – inflicting a fractured cheekbone – after being informed there was only water available.

After he had punched the man, Shevlin sat down in the waiting area and started shouting abuse at another NHS worker who challenged his behaviour.

The 27-year-old was remanded by security and officers soon arrested him on suspicion of section 20 assault and took him to custody, where he was charged the next day.

Detective Inspector Thomas Willis, of GMP’s Salford district, said: “This was an abhorrent and shocking assault that has absolutely no place in our society – especially at a time when we have a collective duty to protect our essential NHS workers.

“While today’s verdict makes it abundantly clear that an assault on any person is unacceptable, I hope that the scant minority who think they can show such gross disrespect and attack those on the frontline of our emergency services recognise justice will be served.

“As Shevlin spends his time behind bars reflecting on his actions, the victim has already returned to the frontline to help save lives which is testament to the incredible work that is being done by our emergency workers at this difficult time.”