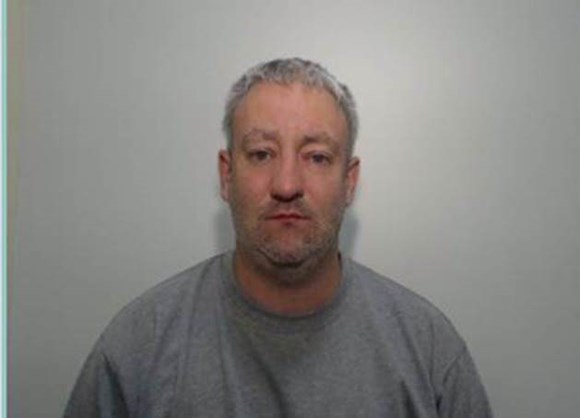 Alfred Carter also known as Glen Humphries,39 of Blossom Walk Bury was sentenced after pleading guilty to a section 18 assault and possession of a knife.

The court heard that just before 1am on Tuesday 4 August, a 51-year-old man and his friend were working in the garage, when they were confronted by Carter who was shirtless and armed with a knife.

Carter threatened the 51-year-old, who threw a car tyre towards him in a bid to fend him off.

A scuffled followed between the two men, and the 51-year-old received a deep slash wound across the stomach. Carter left the scene, and the man was rushed to hospital for emergency surgery.

Carter then called the police himself, stating that he’d been involved in an incident where he had been attacked by some males, armed with a knife, and that in fighting them off, one of the men had been accidentally stabbed.

Officers attended Carter’s home address where they found him in bed, and arrested him.

Detective Constable Dave Potter of GMP’s Bury District said: “This was a horrific, unprovoked attack on a man just doing his job, and has had a big impact on the victim and his family.”

“We’re pleased Carter’s been brought to justice, and will spend time in jail for his actions”