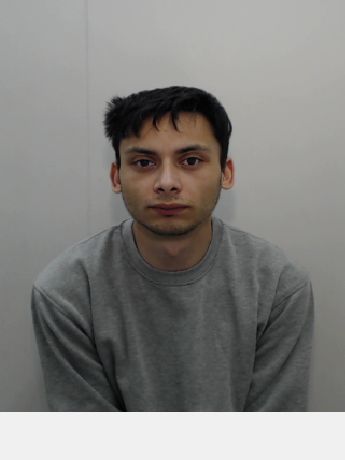 An Openshaw man has been jailed after sexually assaulting a 10-year-old girl.

Artus Kozlovskis aged 23 of Connie Street has been jailed at Manchester Crown Court for five years after pleading guilty to sexual assault on a female under 13 on in February this year.

He will remain on licence for an additional three years and has been issued with a sexual harm prevention order.

The court heard how a 10-year-old had been walking along the canal by Clayton Lane, when Kozlovskis dragged her to an area of wasteland near Kincraig Close.

To stop her calling for help, Kozlovskis covered the girl’s mouth as he sexually assaulted her.

The girl managed to run away when Kozlovskis started to roll a cigarette before she found a dog walker who called police.

Kozlovskis was seen on CCTV chasing after her and was later spotted at a nearby corner shop.

He was wearing a distinctive hooded top with a rose emblem and within hours of his image being released to the public by police, Kozlovskis was identified and arrested.

Detective Inspector Claire McGuire of GMP’s City of Manchester Division said: “This 10-year-old girl was on her way to a friend’s house when Kozlovskis violently dragged her to the wasteland and sexually assaulted her.

“Every person that heard about this appalling case was genuinely shocked, struggling to comprehend that such a young girl could be so horrifically attacked by a stranger in their community.

“However it is the people in this community I’d like to thank, both for their support of this young girl and her family, and for helping us to identify Kozlovskis, so that we could take him off the streets so quickly.

“I wish this hadn’t happened and we did not have to discuss his depraved actions that Saturday afternoon, but I hope this awful case will send a clear message that we are prepared to work relentlessly to bring sexual predators like Kozlovskis to justice.

“While we cannot undo the damage of his sickening behaviour, I hope this young girl and her family have some comfort knowing he will now spend the next five years behind bars.”

Bolton man who stripped naked and jumped into his bath after high speed police...