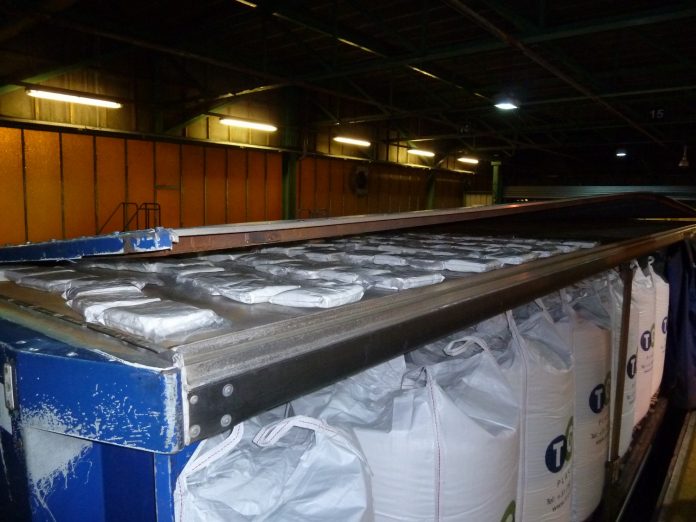 A man who was part of a European-wide conspiracy to import over £6m worth of drugs into the UK has been extradited from New Zealand and brought to justice.

61 year old Franciscus Maria Schaapveld of no fixed address has been sentenced at Manchester Crown Square to four years and a half years in prison today after pleading guilty to conspiracy to evade the prohibition on the importation of Class A and B drugs.

Operation Penshurst was launched by Greater Manchester Police’s Serious Crime Division in 2012 to investigate the activities of a criminal network that used their extensive knowledge and expertise in the European haulage industry to smuggle cash out of the UK and import Class A and B drugs.

The investigation focused on several incidents between March and November 2012. One of these incidents took place on 21 April 2012 and saw a HGV driven by Schaapveld, purportedly carrying plastic pellets, stopped by officers from UK Border Force as it returned from Holland and Belgium.

A search of the lorry revealed a very sophisticated hidden compartment in the roof of the trailer, from which 160kg of amphetamine and 6kg of cocaine, destined for the streets of the North West, were seized. The street value of the drugs was more than £6m.

Schaapveld was subsequently interviewed by Border Force officials and claimed that he had no knowledge of the drugs and maintained that they could have been concealed in his trailer roof when he made a stop in Holland and had walked to a nearby HGV dealership to collect securing straps whilst his legitimate cargo of plastic pellets was being loaded.

This distance he claims to have walked is estimated to be a five mile round trip.

In addition to Schaapveld’s ludicrous verbal explanation, he could not provide any legitimate paperwork to account for his visit in Holland and decision not to drive to his contracted delivery location in Belgium. However what he did have was a huge consignment of drugs in the roof compartment of his HGV and a Dutch postcode written on his hand when arrested. When questioned about the postcode on his hand, he attempted to wipe it off and had to be physically prevented from doing so by officers.

After being released on bail pending further enquiries, Schaapveld fled the UK in an attempt to escape any repercussions. Since 2013, the North West CPS complex case unit, with support from GMP, managed the extradition process to return Schaapveld to the UK from his native New Zealand.

Detective Inspector Martin Hopkinson, of GMP’s Serious Crime Division, said: “Schaapveld continuously evaded police by not answering bail and fleeing the country. It is thanks to the work of our detectives and all the agencies that assisted which meant we could finally bring him back to the UK to face the consequences of his actions.

“When he was interviewed by police, Schaapveld lied about his movements on the continent, but detectives traced where he had been, and it became clear that he had no legitimate reason to travel to the locations that he did.

“The sheer volume of drugs that he attempted to smuggle in to the UK is astonishing, and I don’t believe he thought for a second about the devastating consequences they could have had if they had reached our streets.

“I would like to thank all those involved in this European-wide investigation as it is thanks to all their hard work that this huge consignment of drugs was seized. It is a true reflection of their diligence that Schaapveld was returned to the UK and brought to justice.

“This sentence today sends a clear message that police, together with CPS, will work relentlessly to prosecute those involved in smuggling or dealing in drugs.”

The murder of a young Manchester couple is re-examined in BBC Radio 5 Live’s...