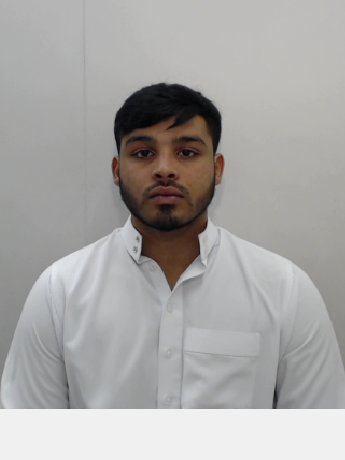 Jafar Ali aged 20 of Church Stile, Rochdale has been sentenced to four and a half years in prison at Manchester Minshull Street Crown Court after being found guilty of manslaughter.

The jury heard that Ali and his friends had been in Rochdale town centre and went to Dixy Chicken on Reed Hill to get some food in september this year.

While they were waiting for their takeaway to be cooked, 59-year-old Keith Maden approached the chicken shop from a nearby hotel.However, before he could get inside, a verbal disagreement started between Ali and the man.

Suddenly, Ali punched 59-year-old Keith Maden, causing him to fall and hit his head on the road.Ali then fled down Yorkshire Street.Keith was taken to hospital, where he sadly died a short time later.

When officers went to Ali’s home to arrest him the following day, he was unsurprised, telling them that he was going to hand himself in later that day.

Senior Investigating Officer Duncan Thorpe of GMP’s Major Incident Support Unit, said: “In just a few seconds, Ali took a complete stranger away from the people who loved him the most.

“Maden had no idea when he left the hotel to get some food that he was taking his last steps, thanks to Ali’s violent actions.

“While Ali may not have meant to kill the man, he did nothing to help when he realised the extent of Keith’s injuries.

“I hope Keith’s family take some comfort knowing Ali is behind bars for what he did to their loved one.”