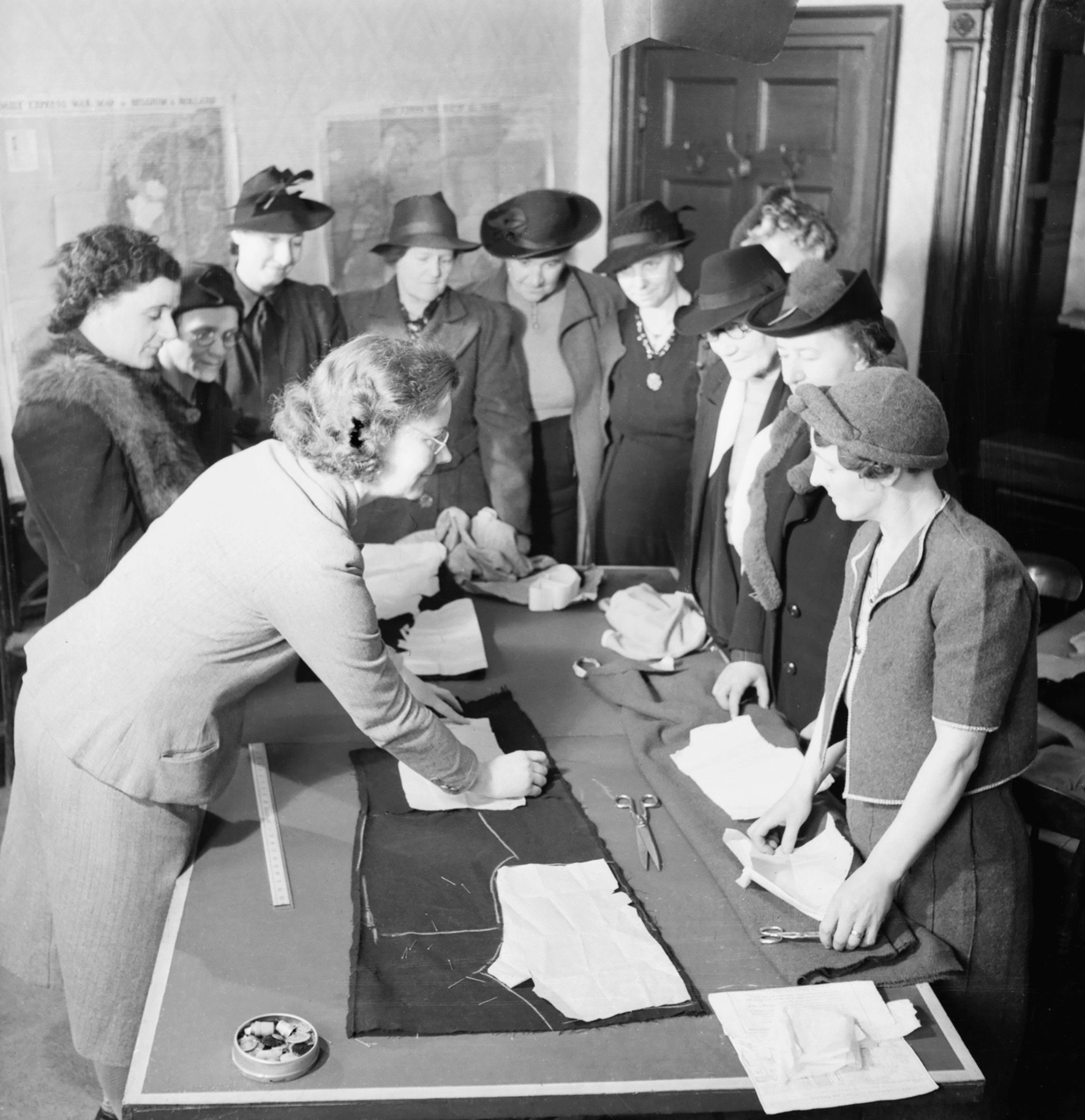 COULD you play your part in making Christmas 2016 an ethical and thrifty celebration?

IWM North have teamed up with Stitched Up to create their first 12 Days of Thrifty Christmas campaign, offering budding creatives a how to guide of different festive makes each day on social media.

Between 1 – 12 December, a new video can be found each day on Facebook and Twitter @IWMNorth or @StitchedUpUK , offering thrifty tips on how to make items such as Christmas jumpers, gift bags from magazines, Christmas stockings from recycled fabric and mittens from old jumpers.

The resourceful festive guides are inspired by IWM North’s special exhibition Fashion on the Ration: 1940s Street Style which explores the creativity that flourished on the British home front after the announcement of clothes rationing during the Second World War.

And who better to inspire a thrifty, homemade Christmas this year than Chorlton-based co-operative Stitched Up who aim to inspire a passion for the environment, human-rights, style and creativity in their audiences through upcycling workshops, clothes swap parties, sewing machine hire, social gatherings and educational events.

Bryony Moore from Stitched Up said: “We’ve been really interested in the Fashion on the Ration exhibition as it celebrates a time when millions of people across the British home front got behind their sewing machines to create thrifty, low waste clothing and accessories for the home which were filled with individuality and style.

“Here at Stitched Up, we’re passionate about DIY style – not just as an antidote to today’s throwaway culture, but also as a way of learning new skills and expressing yourself creatively. This time of year there’s a lot of pressure to shop and spend, but in these times of austerity many families are feeling the pinch. And some are simply sick of mass-produced purchases, preferring to give gifts with a more personal touch. So what better time to team up with IWM North to enable crafters, makers and tinkerers to make their own ethical and stylish Christmas treats.”

Fashion on the Ration: 1940s Street Style explores how fashion survived and even flourished under the strict rules of rationing and how despite the restrictions, austerity did not put an end to creative design or fashionable trends on the British home front.

The exhibition brings together exhibits including clothing, accessories, photographs and film, official documents and publications, artworks, wartime letters, interviews and ephemera, some of which have never been on display before.

Amanda Mason, IWM Curator, said: “Fashion on the Ration examines a time when clothes rationing drove the British public to get more creative with their clothes and material rations as all resources on the home front were directed towards the war effort. Despite this creativity being borne out of necessity, there are so many lessons we can learn from this today in terms of using our own flair and imagination to save money and resources.”

12 Days of Thrifty Christmas was filmed and produced by Philip Winrow Creative Cinematography.
For more information on Stitched Up go to stitchedup.coop