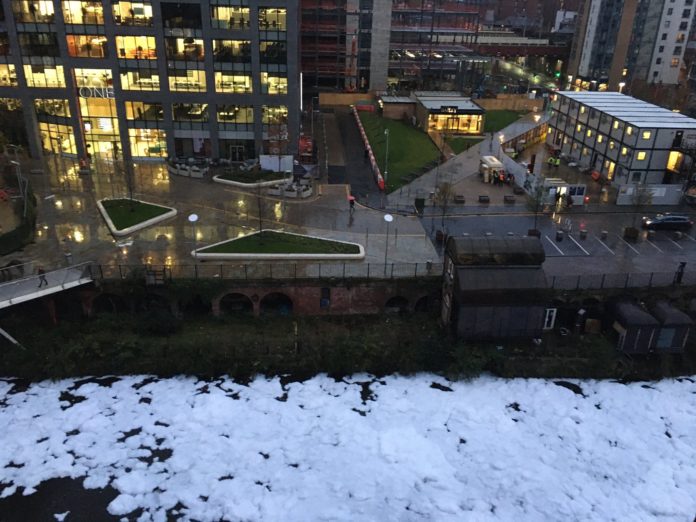 The River Irwell in parts of Salford and Manchester this morning has been covered in a mystery white foam.

Various photographs and video have been posted on social media this morning showing the surface of the river covered in a white foam.

“Looking out over the Irwell this morning and there’s a little bit of foam on the sides…. some investigation needed yields the next telling (and awful) photo…“

while another tweet simply said “River Irwell has turned white.”

So far there is no indication as to what has caused the foam.

The NW Environment Agency day they have received reports of white foam on the the River Irwell and are out on site investigating.