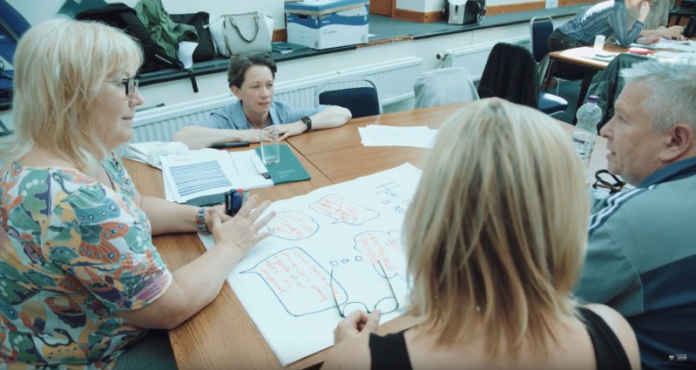 A new volunteer training programme led by the University of Salford is empowering communities with the resources and skills to take control of their alcohol consumption in order to reduce excessive drinking and alcohol harm.

Initial evaluation results from Greater Manchester’s Communities in Charge of Alcohol (CICA) programme were announced at the Public Health England Annual Conference today.
The programme has trained over 120 volunteers so far to help their family, friends and colleagues rethink their drinking habits, with a view to reducing the amount of harmful drinking across Greater Manchester. Findings show that the areas which recruited the most volunteers were those where infrastructure was in place to support the scheme.
Public Health England estimates that 24,202 deaths in England in 2017 were caused by alcohol consumption. Evidence shows that interventions such as improving regulation, restricting the availability of alcohol, and offering alcohol advice can be effective in reducing alcohol harm.
Funded by the National Institute for Health Research (NIHR), Greater Manchester’s CICA programme is the first to create alcohol-focused health champion roles in the community.
Local people living or working in specific neighbourhoods across nine Greater Manchester boroughs were invited to attend a two-day training programme, before becoming Royal Society of Public Health (RSPH) Level 2 accredited Alcohol Health Champions.
Once trained, participants can use their knowledge and skills to offer simple, easy to follow advice to family, friends and the wider community. The training also provides a unique opportunity for volunteers to learn about the Licensing Act 2003, raising their awareness of how to influence licensing decisions at a local level.
The volunteers have been shortlisted for various community awards and have been featured in other Greater Manchester alcohol initiatives.
The findings released today show that areas with better infrastructure in place at the beginning of the programme (for example, having a provider organisation and a contract to deliver the service in place as well as support from elected members of local government) went on to train more volunteers.
The evaluation will now move on to review the experiences of champions and stakeholders over the first year of the programme. It will also look at whether the number of alcohol-related hospital admissions and crime reduced in the target areas compared to control areas.
Project lead, Professor Penny Cook from the University of Salford, said: “It is very exciting to be releasing the first results from our evaluation of the CICA initiative. We have already seen some amazing stories from our Alcohol Health Champions, and now we are able to describe more fully the circumstances in which the intervention is able to flourish.”

LATEST CORONAVIRUS Gout drug to be tested as COVID-19 treatment in UK trial as...