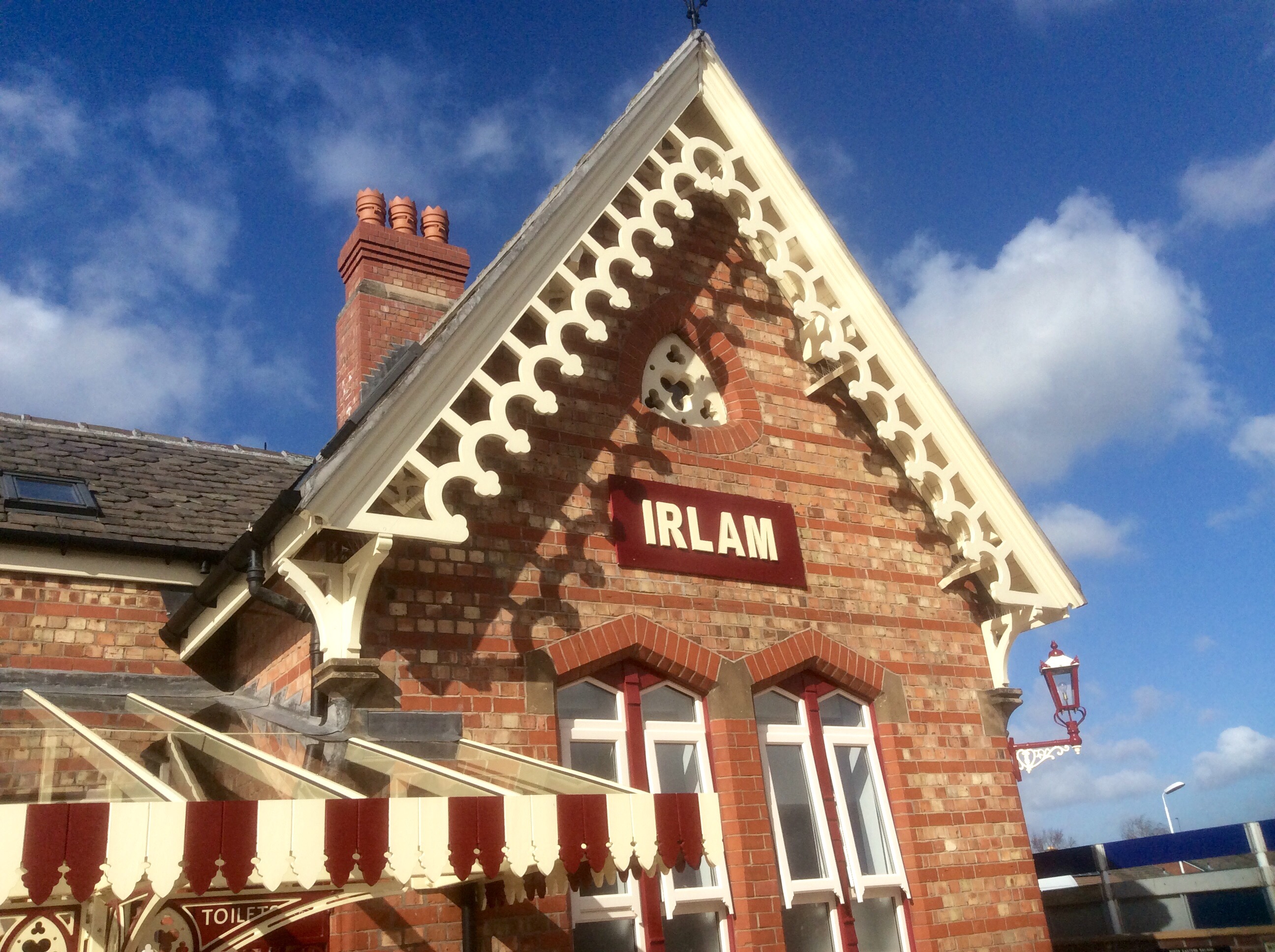 A £2m regeneration project has breathed new life into Irlam’s ruined station house which has been standing derelict for almost a quarter of a century.

The building, which was originally built in 1893, has undergone extensive restoration work and now provides lots of new facilities alongside original architectural features, offering visitors a taste of the present and a flavour of the past. The transformation is part of a wider project to regenerate the whole site which had been in a poor state of repair for some time.

Irlam is the busiest unmanned station in Greater Manchester with over 240,000 rail users every year. Rail passengers will now be able to enjoy the station house facilities including 1923 café bistro, waiting area, toilets and meeting facilities, a cycle hub and a 60 space car park providing a more comfortable atmosphere for commuters, networking area for business and a leisure destination for the local community.

Irlam resident Margaret Vaudrey has been using the station for over 50 years, first as a school girl, then a commuter and now because it is the most convenient way to travel. Margaret said:

“The station building and its surroundings are a joy to see. After many years of neglect the once solid old building had slowly become derelict, an eyesore with boarded up windows, slates missing from the roof and birds flying in and out of it. It’s been wonderful to watch its transformation back into such a fine-looking station, something for the people of the district to be proud of. I seriously believe it can now be considered one of the best stations in the country.”

Irlam Station also has new external lighting with special optics to brighten the car park and minimise antisocial behavior whilst improvements to fencing at the rear of residential propertieswill create a more secure environment. Further improvements will include the construction of a ramp to the Liverpool-bound platform, as well as landscaping and a station garden.

The redevelopment was the result of a partnership  between Hamilton Davies Trust, Salford City Council, NC Developments, Transport for Greater Manchester, Network Rail, Northern Rail and the Friends of Irlam Station who have combined ideas and resources to bring the station back to its former glory.

“The station house was derelict and in a sorry state of repair. We wanted to help regenerate the district and create a landmark, so much more than a station. I feel we have done this, by not only improving the environment and introducing great new facilities, but by restoring the old station house to its former glory. Irlam Station will hopefully become a must-visit location for residents from neighbouring communities, whether for leisure or their daily commute. I’m delighted to have been part of this partnership to make this regeneration happen and I think it can only benefit Irlam for the future.”