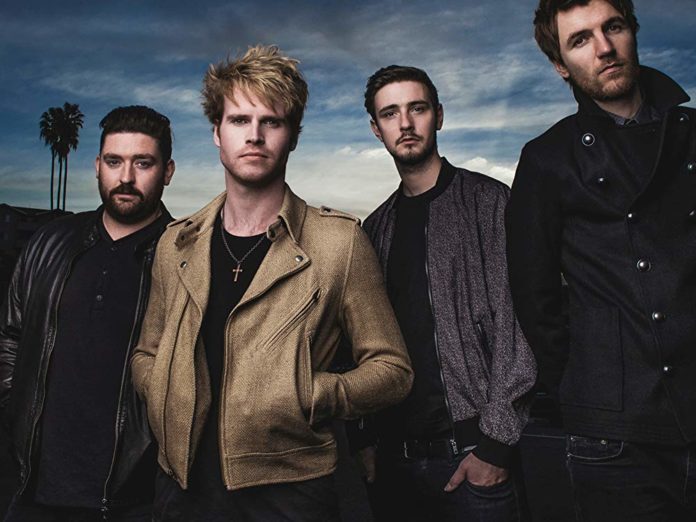 Kodaline have announced a huge show at Manchester’s O2 Victoria Warehouse on Saturday 16th November as part of their new UK tour.

After five years, two albums (both number 1 in their native Ireland) and hundreds of millions of streams, Kodaline wanted to take some time off. “It was just meant to be a little break,” says guitarist and keyboard player Mark Prendergast. “But actually it was full of the biggest things we’ve ever done.”

They backed Ed Sheeran in front of 160,000 people over two nights at Croke

Park for a massive singalong.  They recorded a hit single with Norwegian superstar DJ Kygo. Singer Steve Garrigan was flown by private jet to sing with Seal, Leona Lewis and Labrinth at Kygo’s show at the Hollywood Bowl. In LA, the band sat in on rehearsals by fellow countrymen U2, and watched Bono and co “practically blowing the walls off,” according to lead singer and guitarist Steve. “The whole thing was so inspiring.” “It was just like a taste, a reminder of what we are all in this for,” says bassist Jason Boland.  “We couldn’t feckin’ wait to get back,” concurs drummer Vinny May Jr.

The Irish quartet return this year with their third album, quietly confident that it is the best of their career. “We took our time, we did our own thing, we made sure we got everything to exactly where it needed to be,” insists the soft spoken Steve. “We gave ourselves room to get out of our comfort zone and experiment, to try things we might have shied away from before. But the songs were always the foundation: the structure, the lyric, the melody. If you get that right, production can only make it better. It’s like sprinkles on top of the cake.”

Tickets are on sale now and available from gigst.rs/KL