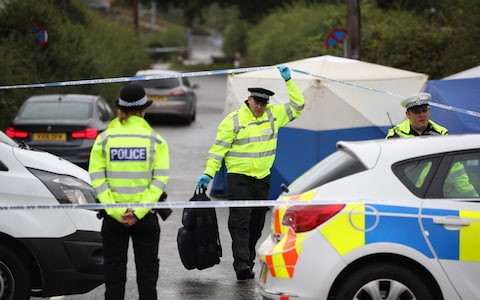 A murder investigation is underway after a man passed away in the gardens of Wigan Parish Church.

At around 20:00 on Thursday (6th August) police were called by the ambulance service to reports of concern for a man at the church on Bishopgate, Wigan.

The man died at the scene.

Initial findings indicate that there was an altercation prior to the man being found however, the circumstances surrounding the incident are still being investigated by police.

Two teenagers and a 30 yeard old, all-male, have been arrested on suspicion of murder and are under questioning.

Also, an 18-year-old woman has been arrested on suspicion of assisting an offender.

“We have made four swift arrests but are keen to ensure we hear from every possible witness of this incident so that we accurately piece together the circumstances leading up to the victim’s tragic passing.

If you were near the Wigan Parish Church on Thursday (6 August) evening or saw a group of men acting suspiciously in the area between 7-7.30pm please call the police as a matter of urgency and aid us with our enquiries.”

Figures show that net migration is rising despite the Brexit vote