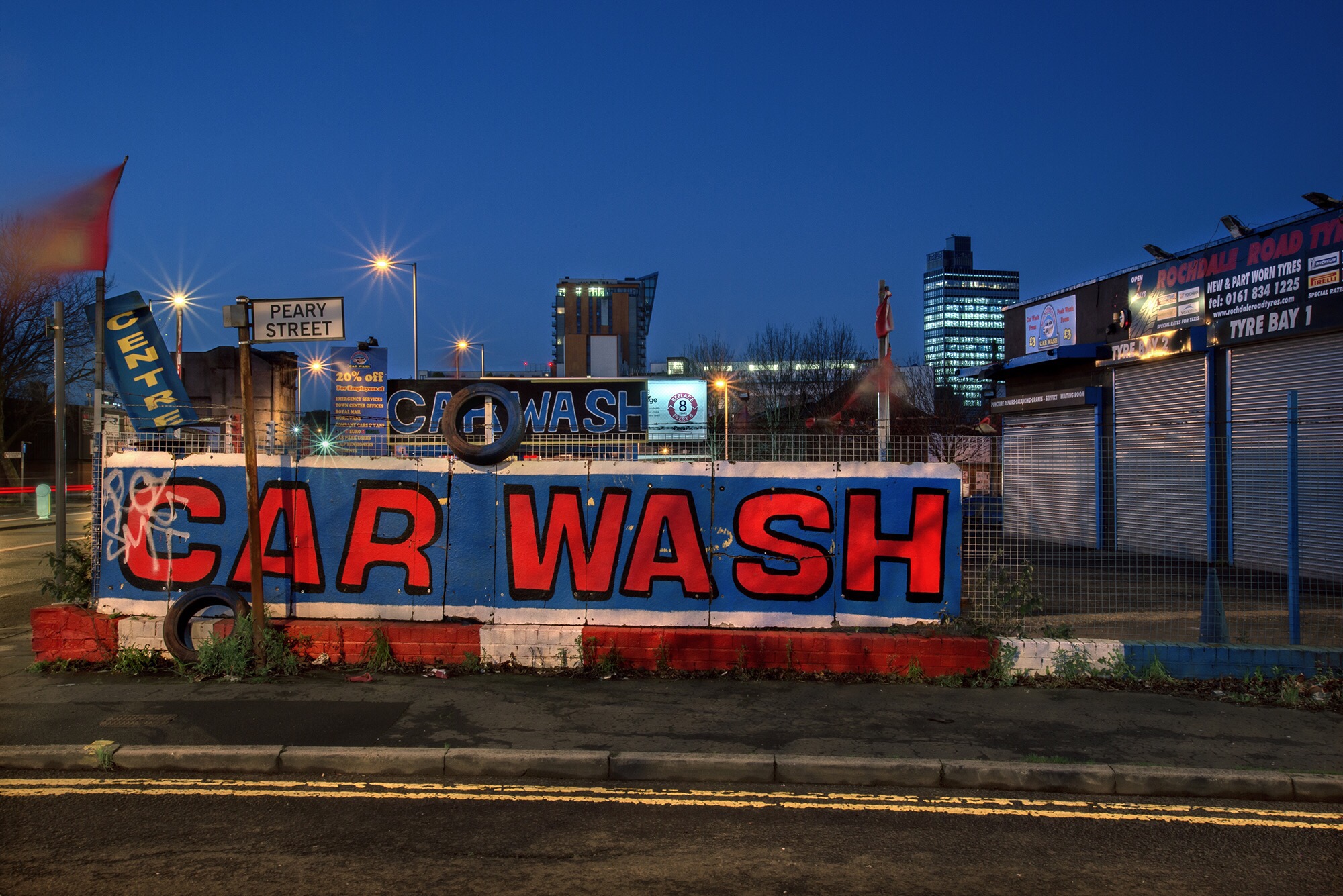 Local artist Simon Buckley is staging an exhibition and a series of events over the first weekend of April (1-3 ) 2016, to explore the social history of the city through a range of talks, photography courses, walking tours and collaborations for the Not Quite Light weekend.

The highlight of the weekend is a fundraising evening called DoNation, in aid of homeless charity Lifeshare, with live music, food from The Real Junk Food Project’s Mary-Ellen McTague and projected visuals of Simon’s work.

The weekend is a product of Simon’s year old Not Quite Light blog. Photographing the north and eastern edge of Manchester city centre at dawn, the project explores themes of regeneration and heritage.

“The phrase ‘change is inevitable but progress isn’t kept coming back to me” Simon comments, “Manchester is going through a huge transition. Heritage is more than just bricks and mortar, it’s a state of mind. I wanted to ask the question: what are we as Manchester? If you’re knocking something down, what are you going to put in its place? You’ve got to be careful you don’t demolish the soul of a city whilst you’re running rampant, hoping to make it better.”

This inspired the project, which captures the essence of the city in the half-light, and has culminated in this festival of events, which include:

• ‘From Old Mill To The End Of Empire’ -An exhibition of Simon’s Not Quite Light images at The Hive on Lever Street.

• A low-light photography course, led by Simon, in conjunction with the Apple Store, Manchester, including a dawn photo session.

• Periscope broadcast by Simon at dawn during an NQL session

• ‘NQL Show And Tell’A guided tour with Simon’s photos being linked to the social history of the area by Manchester tour guide Emma Fox.

• ‘Breakfast With The Dead’ – a live Periscope broadcast from the Angel Meadows graveyard, alongside the Friends Of Angel Meadows, historian Simon Ward and with live music.

• ‘Manchester Renaissance?’ – a panel discussion exploring how regeneration has affected the city’s artists and creative industries.

• ‘Dusk Over Ancoats’ – A live Periscope broadcast discussing the changes in Ancoats with local residents and artist Len Grant.

Simon notes, “I’d like this to start a debate and the way to do that was to collaborate with others, using the photographs as a catalyst for people to think about the change around us.”

“In 20 or 30 years, someone else will have an opinion on the city. I’d like to think I’m creating social history through my photographs, leaving clues for historians to see exactly how I feel the city is developing.”

For details on how to book places and join in with the Not Quite Light weekend of events, go to: notquitelight.com/weekend