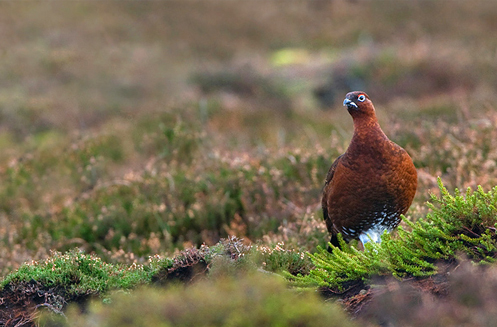 Labour’s Shadow Environment, Food and Rural Affairs Secretary, Sue Hayman MP, will today call for a review into ‘driven’ grouse shooting,which the next Labour government will launch, if the Conservatives refuse.

It would also examine the economic and environmental impacts of driven grouse shooting, which is the most common mode of hunting grouse.

The proposals come on theGlorious Twelfth,or the Inglorious Twelfth to animal rights and environmental campaigners,and marks the beginning of the four-month grouse shooting season.

The party is calling for the review in light of extensive evidence that driven grouse shooting causes substantial environmental damage citing that much of that land was drained and dried out to prepare it for grouse shooting, destroying huge swathes of plant life and killing many animals.

They also say the process exacerbates climate change by destroying plantlife and peat moors that would otherwise absorb and capture carbon dioxide emissions.

Moors are often also burned to ready them for shooting, increasing the likelihood of both wildfires and flooding, emitting further carbon emissions and dramatically reducing their capacity to capture carbon in the future.

While in preparation for driven grouse shooting, mountain hares and hen harriers are often illegally culled.

“The costs of grouse shooting on our environment and wildlife needs to be to properly weighed up against the benefit of land owners profiting from shooting parties.

“For too long the Tories have bent the knee to land owners and it’s our environment and our people who pay the price.

“There are viable alternatives to grouse shooting such as simulated shooting and wildlife tourism. The time has come for a proper review into the practice.”