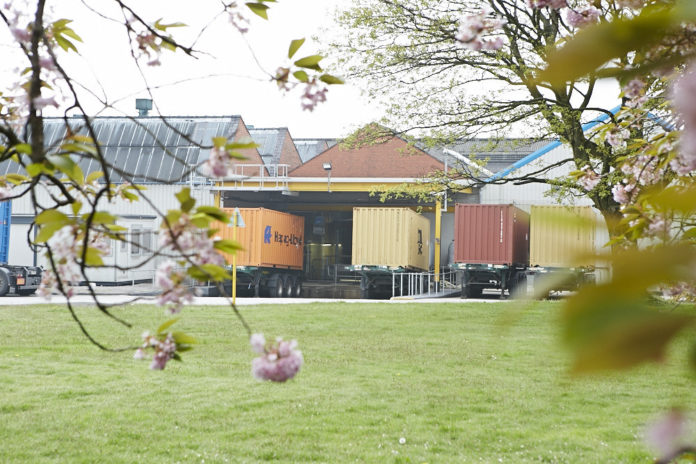 The £1.2m investment will catapult the northern drinks company into the canned wine market which is promising significant growth in the UK, as consumers increasingly look to enjoy the convenience and sustainability canned formats offer.

The new production line has the capability to produce 80 million cans per year, with the potential to increase with demand. The first run is for a new canned wine brand for a major retailer to be announced shortly.

Ed Baker, MD at Kingsland Drinks, says: “Our investment in the canning line taps directly into consumer appetite for a trend we’re confident will continue to gain momentum in the years ahead. Our investment places us at the forefront of the canned wine segment with a new capability which further asserts our position as a destination drinks company offering a full category solution.”

The £1.2m investment is the latest in a relentless pipeline of development for the company which has seen its infrastructure grow exponentially in recent years to create a world class production site in Irlam, Manchester.

Originally owned by The Co-operative Wholesale Society in the 1960’s, whereby the company invested in its first filling lines and placed itself on the wine map, it has since acquired Stratford Wines and Bottle Green Wines and heavily invested in facilities which enables the company’s single site to meet a range of needs across the On Trade and Off Trade for every consumer occasion.

In the last five years alone, Kingsland has installed a carbonation line, reinstated its onsite winery, introduced new high-speed bottling lines, expanded its NPD capabilities with a new laboratory focused on future-thinking and insights-driven product development, and upgraded its capacity to bottle spirits and package new and emerging formats.

Building on the company’s pioneering legacy, news of the canning line follows a host of industry game-changing firsts; the foremost company in the UK to import and fill wine in bulk in the 1960s, with the segment now accounting for an estimated 40 per cent of the UK’s wine; establishing the screwcap as the standard closure in UK wine in collaboration with Tesco; launching of the world’s lightest glass screw cap wine bottle; becoming the first UK wine company with carbonation facility and most recently, importing the very first shipment of Indian bulk wine to the UK in 2019.

Ed Baker, MD at Kingsland Drinks, continued: “Our site in Irlam presents the industry with a unique full category solution and our investment in the canning line builds on a relentless legacy of careful expansion and enhancement of our capabilities. We step into 2020 with optimism and excitement for the year ahead.”

Kingsland also bolstered its marketing function in the last year, enhancing its design credentials with an enhanced creative function and the appointment of a new Manchester-based specialist PR agency in the form of Crate Communications which is tasked with amplifying the company’s insights-driven portfolio and full-service offering.

The new canning line is expected to see Kingsland Drinks continue to be a driving force for UK wine sales via its significant and comprehensive presence across both the on-trade, and in major high street retailers including Co-op, Majestic, Waitrose, Morrisons, Tesco and M&S.