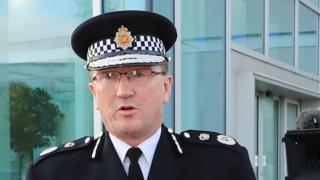 Reports of religious hate crime increased by three times after the Manchester Arena terror attack, but other types of hate crime also increased during that time.

One month on from the attack, the level of hate crime reports has returned to similar reporting levels as before the Manchester attack.

Assistant Chief Constable Rob Potts said: “Greater Manchester has a diverse population, with people from different faiths and backgrounds and this is something that we are proud of, it’s what makes us the city we are. We will not tolerate hatred or discrimination of any kind.

“When a major tragedy occurs such as the attacks in Manchester and London, it is sadly not unusual for there to be a spike in the amount of hate crimes, specifically against race and religion, but thankfully they do decrease again quickly.

“We continue to monitor the levels of hate crimes that are reported and it is essential that we remind people about the importance of reporting when a hate crime happens to you, or you see it happening.

“Hate crime is often under reported for a number of reasons, but we want people to have the confidence in coming forward as no one should be the subject of hate and intolerance.

“We are grateful to have very strong relationships and cooperation with different faith groups in Greater Manchester.

“There are also a number of non-police centres that allow you to report incidents in complete confidence, more information and for reporting centres locations can be found at letsendhatecrime.com.