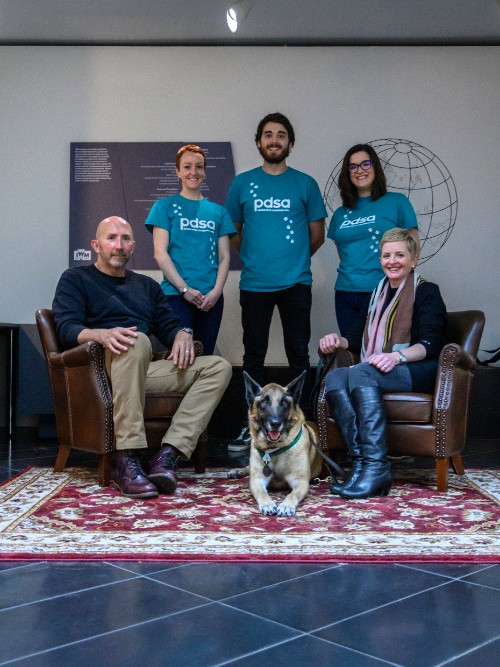 Over the weekend, IWM North played host to Belgian Malinois dog, Mali, who received the Centenary PDSA Dickin Medal for his role in the British Military unit deployed to Afghanistan in 2012.

This medal, equivalent of the Victoria Cross for animals, is the highest award any animal can achieve while serving in military conflict.

Mali’s appearance at the IWM North was part of the museum’s free half-term activity schedule and We Were There programme, which gives visitors the chance to meet those who have lived through periods of conflict and hear more about their experiences.

This weekend, the Animals in Conflict event at the museum brought to life stories of heroic dogs, pigeons, horses and cats who went above and beyond to save human lives. Alongside Mali on the day were the PDSA, the UK’s leading vet charity, who recognise the role of animals in society with its Animal Awards Programme, which includes the prestigious Dickin Medal.

Families were invited to see characters from the new Puffin and IWM children’s storybook, Tales of Amazing Animal Heroes, jump off the page through interactive storytelling and got the chance to meet Mali, who helped save the lives of troops in Afghanistan.