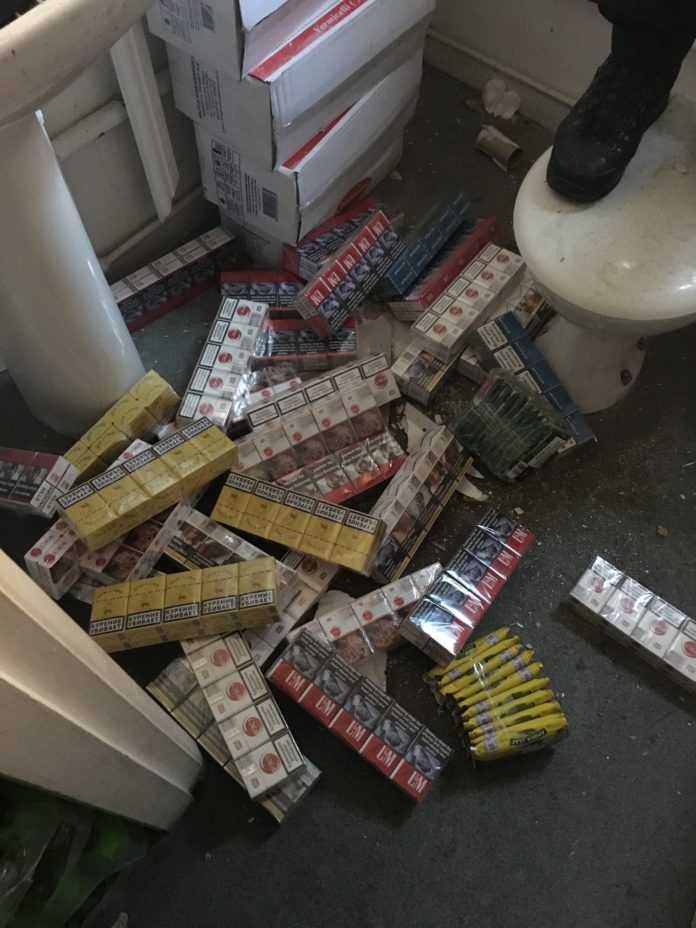 A specialist sniffer dog helped uncover an illegal haul of tobacco – including a stash in the ceiling of a bathroom – during a raid on an Oldham town centre shop.

Officers and the dog found more than 11,720 cigarettes and 3.2kg of hand rolling tobacco – with an estimated street value of £2,920 – that was hidden around the premises.

Mr Aram Mohammady, of Bury Street, Heywood, the former director of the company, later pleaded guilty at Tameside Magistrates’ Court for offences under the Trade Marks Act 1994 and the Standardised Packing of Tobacco Products Regulations 2015 in relation to illegal tobacco.

On March 21 the 41-year-old was sentenced to a 12-month community with a requirement that he completes 100 hours of unpaid work. There was also a victim surcharge of £85.

The company was also sentenced on the same day after the case was proved in its absence when a representative did not appear in court.

All tobacco seized has been forfeited and will be destroyed.

Ashes of Moor’s murderer Brady are scattered at sea