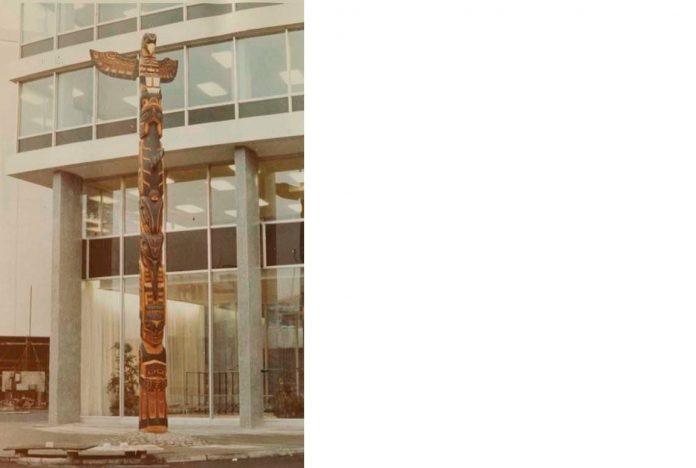 A totem pole is set to be put on display in Salford in the exact place it stood for 30 years.

The 32-foot high Canadian Indian Totem Pole stood close to the main entrance to Manchester Liners House as a permanent visual testimony to the links if trade between Canada and the Manchester Liners. The pole was carved by Namgis Chief Doug Cranmer and is set to be put back into position in 2020.

Salford City Council has signed an agreement with The Fortis Group – who have agreed to finance the restoration and protection of the totem pole.

The University of Kent’s School of English has taken custody of the pole while they launch a three-year project in collaboration with the University of British Columbia to provide a comprehensive history of Native North Americans in Britain over the last five centuries and to explore the historical impacts and ongoing legacies of transatlantic voyages for communities in both the US and Canada and the UK.

In the 1880s Salford became home to a large contingent of Lakota Sioux (and representatives of other Plains nations), brought to the city as part of Buffalo Bill’s Wild West Show. Councillor Steve Coen’s important work since 2005 and the discovery of the remains of the Sioux warrior “Surrounded” offers the project many points of entry to further explore the legacy and significance of Native presence in the UK.

Salford City Mayor Paul Dennett said: “The totem pole and the story around it is a fascinating piece of history that deserves to stand where it once lived years ago.

“We’re very much looking forward to the findings from the research taking place by the two universities and also look forward to a visit this summer from relatives of Chief Doug Cranmer who carved the pole.”