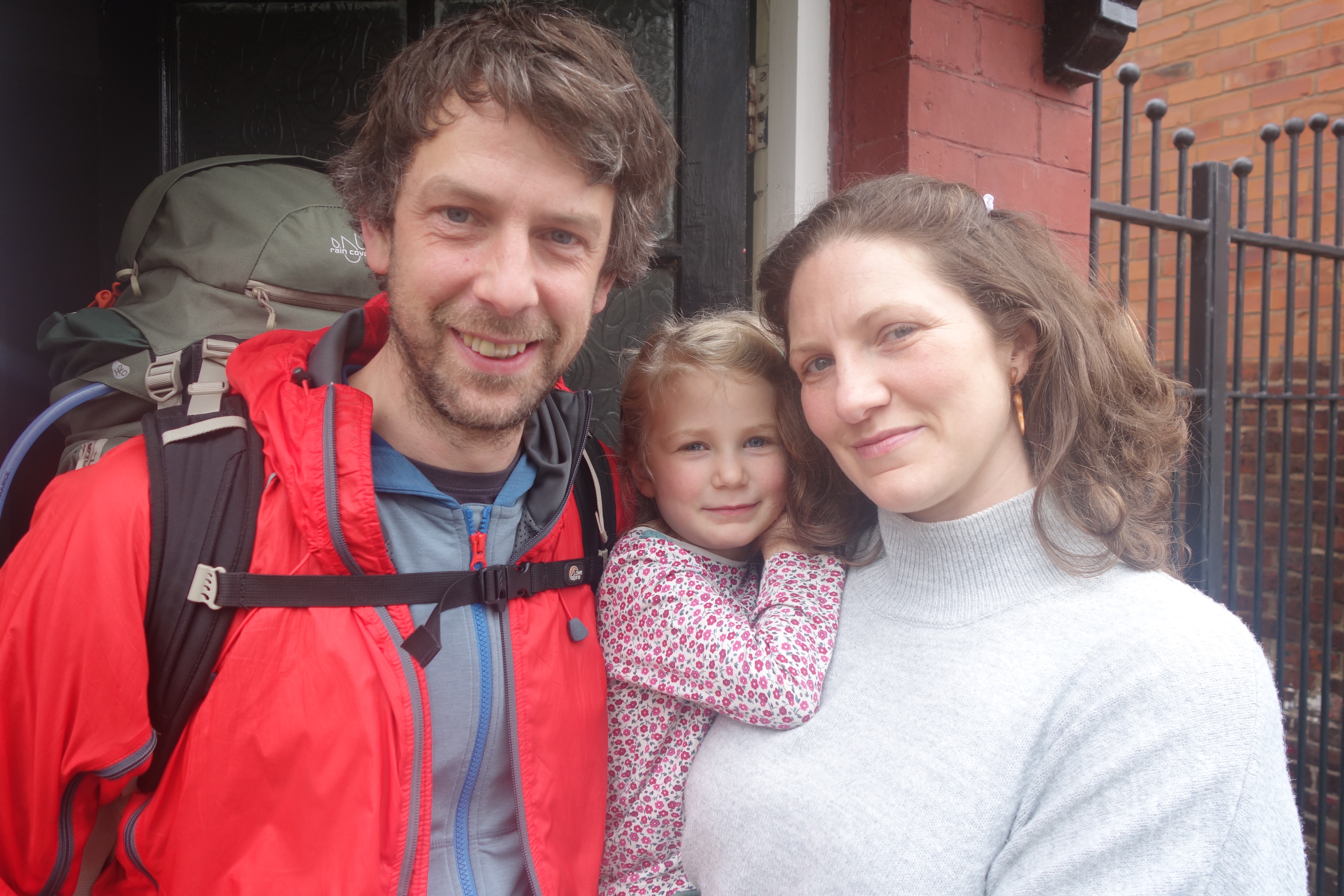 Alan Creedon will set off tomorrow morning at 9am from his home in Levenshulme, Manchester to walk the 400 miles to his home town in Dingle, Ireland. His wife, Beth and daughter, Rae will meet him on the other side
He will be doing this in memory of his sister, Aoife who passed away 5 years ago. She had a severe form or cerebral palsy which meant she could not talk, walk or communicate like most people.

After she died, Alan felt that he needed to do something to commemorate her life and he made the decision to do the trek and he also set himself a fundraising target of £50,000. He is raising funds for 2 fantastic charities; Manchester Mind (a self funded Manchester-based mental health service) and Camphill Dingle (a restidential care home for people with autism, downs syndrome and cerebral palsy).

Both these charities are in a lot of need of funds at the moment. Donations go straight to the charities as soon as donations are made, rather than after the fundraising is completed.

Alan has already raised around £6000 for these charities through putting on music events, donations from generous friends and family; even his daughter’s nursery in Levenshulme raised over £1000 for Manchester Mind.

Alan will walk out of Manchester on the Bridgewater canal and spend his first night in the Cheshire countryside. He will then go on to Delamere forest, Chester and on into North Wales. He will arrive on Anglesey on the 15th May.

Then there is the question of the Irish sea. Alan was determined to get across the water in a novel and unusual way and so he found Mike Alexander, who offered to go with him in a tandem sea kayak to cross the often treacherous Irish sea. They will cross on the 16th May. The journey will take up to 22 hours and will be 60 miles in length. They will set off from Anglesey and land in Dun Laoighre, Dublin. It will be a real endurance test but Alan hopes that this part of the journey will really help raise awareness and more funds. Alan has had no previous experience of sea kayaking and only learned to swim last year. This is indeed a brave undertaking.

After that Alan will walk the remaining 220 miles to his parents’ home in Dingle, raising funds and awareness as he goes. He has a blog on his website and he will also be regularly posting photos and video updates as he goes. He hopes to meet with his wife and daughter at certain points along the way but will miss them greatly!

Further arrest made as detectives continue to investigate the death of Alexander John Soyoye...

Multiple long-term health conditions on the rise in England