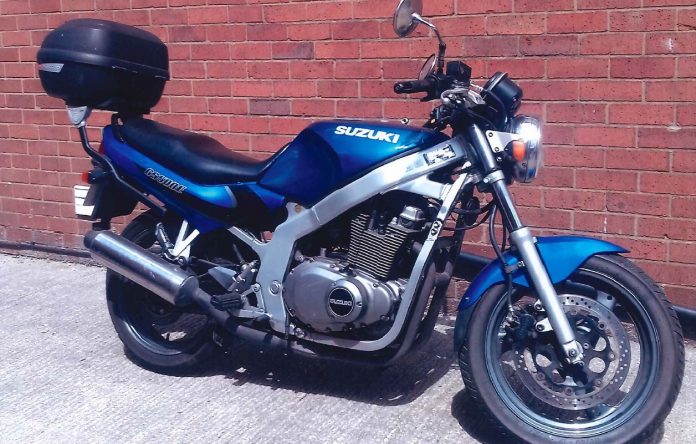 An elderly man is fighting for his life in hospital after being mown down by a hit and run motorcyclist in Clayton.

The motorcycle involved was a blue Suzuki GS500E registered number W537 CWT. Police have since recovered the bike abandoned in woodland near to Bob Massey Close, Openshaw.

The incident occurred on the Ashton New Road at 8.50 last night.

The pedestrian aged 81, received multiple injuries and was taken to hospital, where he remains in a critical condition.

Officers have released a picture of a motorcycle and are appealing for anyone with information to come forward.

Police Sergeant Lee Westhead of GMP’s Serious Collision Investigation Unit said, “A man is in hospital fighting for his life and an investigation has been launched to identify the rider of the Suzuki at the time of the collision.

“The bike has been found abandoned and it has been forensically recovered.

“The collision took place on a busy main road after the match at the Etihad stadium so there would likely have been a lot of people in the area.

“It is absolutely critical that anyone with information, no matter how trivial it may seem, contacts us as soon as possible.

“I would particularly like to speak to anyone who saw the motorcycle before the collision, saw the collision itself or saw the bike being abandoned in the woodland at Openshaw Village near to Bob Massey Close.

“The bike is distinctive, particularly its colour and top box. We know the bike has been active in the area of the collision and abandonment since July this year.

“People in the area know who was riding this bike. This could have been one of your loved ones injured and left in the road. Do the right thing and contact us.

“I will also appeal directly to the rider. You know who you are. You know what has happened. Come and speak to us now on your own terms before we come knocking at your door.”