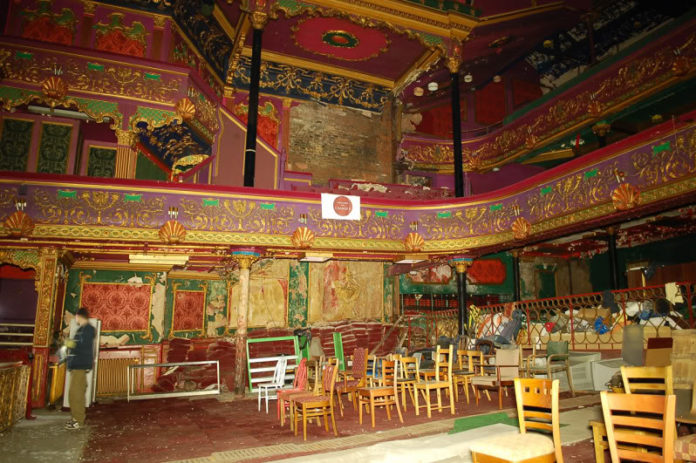 Hulme Hippodrome has been as one of the Victorian Society’s buildings at risk for 2019.

The Hippodrome opened its doors on 10th October 1901 as a spectacular venue. Originally named the Grand Junction Theatre, the ornate theatre was recently sold at auction on 18 May for £325,000. The building is an important community building of social, historical and architectural significance, and currently stands in a very poor state of repair and facing an uncertain future.

Christopher Costelloe, Director of the Victorian Society, said: ‘There is nothing sadder than a shuttered theatre. Central Manchester’s increasing prosperity has not yet spread to Hulme, which cannot afford to lose assets such as this splendid building.’

“This year’s Top Ten Endangered Buildings is a particularly rich mix, with buildings of amazing quality throughout the country facing demolition or ruin. With a great country house, one of the country’s most important industrial complexes, and public buildings at the heart of our cities all on the list, it is vital that we get the public’s help to try to save our threatened heritage.”

Affordable homes are to be built on the former site of a Catholic church...

Food delivery apps cost consumers for the convenience and can leave them in the...