With both teams having very different seasons we take a look at the changing fortunes across the season in terms of what your balance would be had you bet £10 on either Manchester United or Manchester City to win each gameweek. Betway Football has put together an interesting analysis of how profitable each Premier League team has been across the 38 game season.

The shape of things to come

With the first 4 games gone your return on Manchester City would have been £1.90 profit following four wins and a draw. Whereas with Manchester United you would have been looking at a -£7.90 loss after losing two of their opening four fixtures. According to the odds it would have been a surprise. In stark contrast Watford were the class of the field returning at almost £100, four times any other team in the league.

Across the season United have rarely ventured into profit, only spending a few short weeks in profit over the the season as a whole. This is not a surprise considering how there season has unfolded reaching a loss -£52.80 at the lowest point. Inconsistency and unrest amongst the players and manager were the culprits, leading to Jose Mourinho leaving the club and Ole Gunnar Solskjaer coming in as caretaker manager.

Following his arrival United hit form and they returned back to £9.30 profit before taking a steady decline ending the season with a significant -£62.40 loss and finishing 16th out of the 20 teams in the league for profit. No surprises there really considering the sharp change in United’s form towards the end of the season. It looks from the outside like there is unrest in the team again with many players future’s uncertain.

As expected Manchester City returned stronger this season, which is incredible considering what they achieved last season. Profit and loss was pretty steady hovering just above and below even over the course of the season. Past form means more often than not you will be getting skinny odds on City to win (which is why your profit on City will return less over the season).

With a tight battle against Liverpool to the end of the season City ended up at £28.70, which left them 9th in the profit league the best profit managed all season. Not a bad return for such a powerful team.

Sometimes it’s worth looking elsewhere to get a bigger return. As we have heard Watford sprinted out of the blocks with almost a £100 profit after the first 4 games ultimately ending up 5th on a very impressive £68.80. Not to mention an FA Cup final appearance as well.

Head and shoulders above everyone where the 2015-16 Premier League Champions Leicester City with a whooping £133.60 profit. A strong end to the season following the appointment of Brendan Rodgers who came in from Celtic to steady the ship towards the end of the season.

Crystal Palace came in 2nd showing that betting away from the top 4 teams can have it’s benefits. 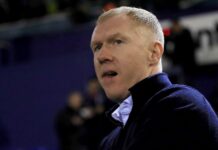 Manchester football preview ahead of the international break