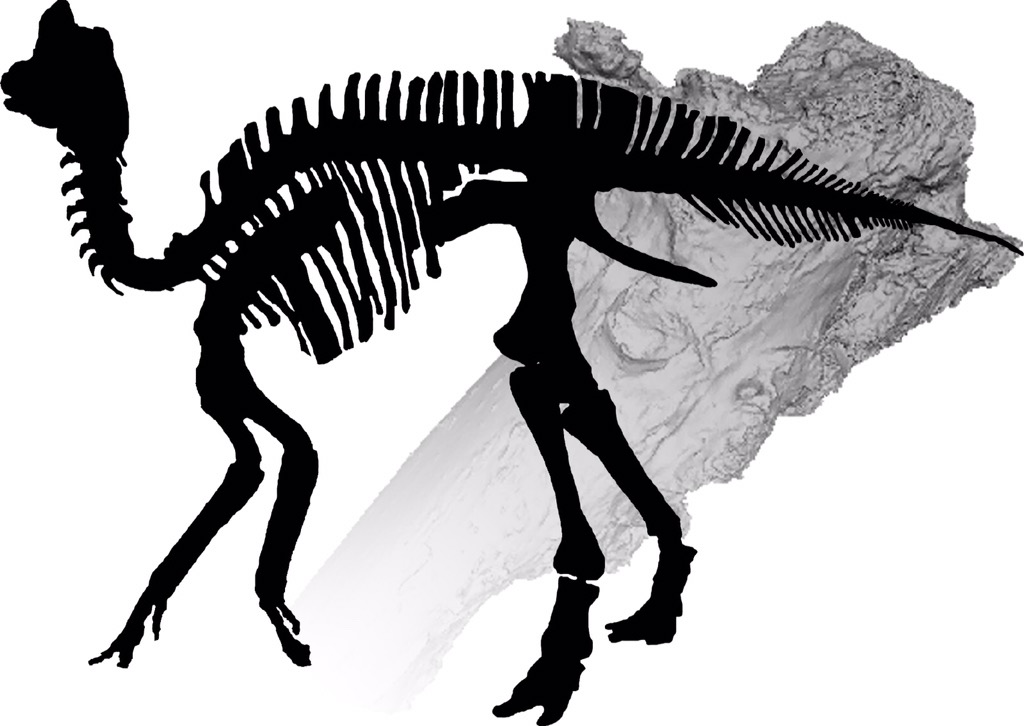 Researchers from the University of Manchester have teamed up with the New Jersey State Museum and the University of Massachusetts to diagnose a dinosaur from the USA with a horrific medical condition.
The prehistoric patient is a Hadrosaur – a duck-billed dinosaur – which seems to have suffered from septic arthritis, a condition seen in modern birds and crocodiles as well as humans. The septic arthritis affected the elbow joint, resulting in a fused joint covered in bony growths.

“The condition would have made it almost impossible for the animal to move its elbow, making it look a bit like the hobbling pigeons you see today” said lead author, Dr. Jennifer Anné. “It’s almost humbling to think that the same conditions that affect the pigeons on the street might have also affected their impressive dinosaur relatives.”

Paleopathologies – ancient diseases and injuries – are fairly rare in the fossil record. Even rarer are dinosaurs from the East Coast of North America. The combination of both is an extremely significant find, which allows for a look at the harsher side of life for dinosaurs on the eastern seaboard 70 million years ago.

The specimen was found was found in a former New Jersey quarry by David Parris of New Jersey State Museum. Like many fossils from this site, the specimen suffers from a geological condition called pyrite disease which makes it very fragile and can lead to it crumbling into dust. Therefore, the team used the microCT scanning facilities at Harvard University’s Center for Nanoscale Systems to do an internal diagnosis without the need for saws.

“By microCTing the specimen, we not only ensured an accurate diagnosis of the pathology, but also the preservation of the specimen for future scientific studies” said co-author Dr Brandon Hedrick.

“The fact that such a fossil was preserved is difficult to comprehend” said co-author Jason Schein of the New Jersey State Museum. “It’s exciting to think that New Jersey is still producing scientifically important finds after over 200 years of paleontological discoveries.”