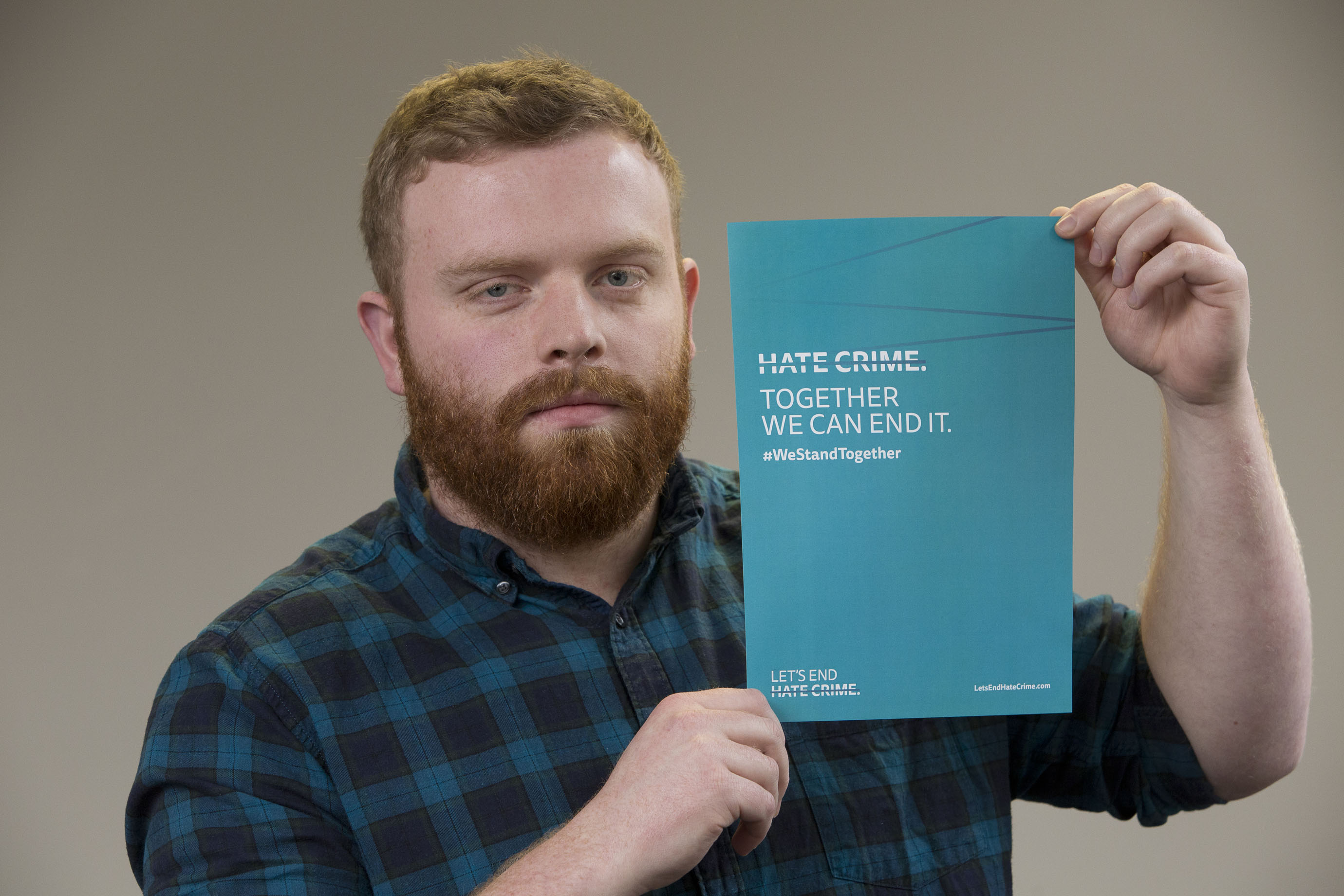 A community volunteer has told how he was inspired to support victims of hate crime after his friend was subjected to homophobic abuse.

Robbie Stone, aged 24, has been a Village Angel – a team of volunteers who offer help and support to those in need in Manchester’s Gay Village every weekend – since 2015, after he saw first-hand the horrific impact of hate crime.

His friend was helped by the Village Angels after being subjected to a violent homophobic attack in the Gay Village, which left him with a broken jaw.

Seeing the effect this incident had on his friend, and the invaluable help and support he received through the LGBT Foundation and other agencies, Robbie decided to become a Village Angel himself, giving up his own time to help vulnerable people and support victims of crime.

Robbie said: “I believe that it is important to stand up to hate crime as everyone is born equal and no one deserves to be a victim of hate crime. We need to challenge the opinions of people who carry out hate crime and try to educate them as to why it is wrong.”

Robbie was speaking out during Hate Crime Awareness Week, a Greater Manchester-wide week of action to raise awareness, challenge perceptions and promote tolerance and respect.

As part of the week, the Police and Crime Commissioner’s office is working with voluntary agencies and communities to promote Greater Manchester’s network of independent reporting centres. The LGBT Foundation is one of hundreds of centres where you can report incidents in complete confidence, without speaking directly to the police. Victims of hate crime can also get help and support to help them cope and recover from what’s happened.

Deputy Police and Crime Commissioner Jim Battle said: “Hate crime reporting centres provide a lifeline for people who have suffered hate crime but don’t have the confidence to speak to the police. We are working with centres across Greater Manchester to improve the service offered to victims through a coordinated approach, including bespoke training for staff and volunteers and stronger links with the police, so we can make sure every victim of hate crime is offered the same high standard of help and support, no matter where they are in Greater Manchester.”

There were 42 reports of hate crime made to LGBT Foundation in the last 12 months.

Dale Maskell, LGBT Foundation’s Director of Operations, said: “LGBT Foundation has a long history of providing support to help LGBT victims of hate crime. Through being a third party reporting centre, we are able to help victims report hate crimes if they do not feel comfortable going directly to the police themselves. Having third party reporting centres is a vital part of ensuring that all victims of hate crime receive the support and assistance they need.”

The Village Angels scheme is run by the LGBT Foundation and supported by Mayor and Police and Crime Commissioner Tony Lloyd. Recognisable by their pink tabards, volunteers give up their Friday and Saturday nights to help keep people safe on Manchester’s famous Canal Street.

Manchester residents urged to share the joy of reading