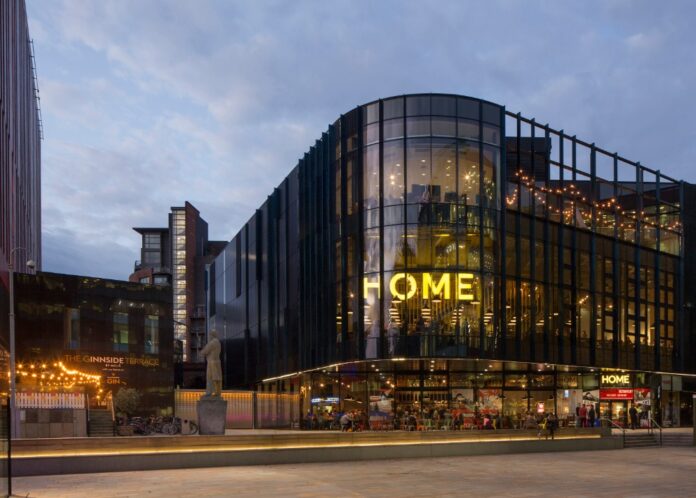 WHILE their usual Manchester audience have been in lockdown, multi-arts centre HOME have expanded their online audience internationally through the Homemakers series of commissions, which invited artists to make work from their own homes that could be experienced online.

Audiences from 34 countries including Brazil, Hong Kong and Nepal have enjoyed work by artists such as Bryony Kimmings, Ad Infinitum and Ugly Bucket, among others.

Other countries where the works have found an audience include Canada, Afghanistan, Luxembourg, Estonia and South Korea.

There have been 26 Homemakers works so far, including live events on Zoom, short films, games, handwritten stories delivered by post, and venues from across the country have been involved, commissioning their own new works to be hosted on the HOME website. The series goes from strength to strength, with three more works to be released this week from Hafsah Aneela Bashir (commissioned by Oldham Coliseum Theatre), Hester Ullyart and Leaphia Darko (both commissioned by the RADA Festival).

Homemakers has also allowed commissioning venues to work with artists in other countries without the financial and environmental cost of travel – for example, Tin Can’s livestream performance, A Manual of Fantastical Zoology, commissioned by RADA Festival, which involved five different creatives based across India joining together to do a loose adaptation of Jorge Luis Borges’ The Book of Imaginary Beings. Another RADA Festival commission, I Am All The Rooms of the House, written and performed by Hester Ullyart and released this week, was recorded at the British Hotel, in New Zealand, where Hester is currently in lockdown.

HOME have confirmed that the online series will continue even after their building reopens on 4 September, providing a digital complement to the physical programme for those who do not yet wish to venture out to the theatre, or who simply want to enjoy art at home as well as their live experiences. Upcoming works include two new pieces from Ad Infinitum, whose four-star Guardian reviewed A Small Gathering was one of the first Homemakers to be released, as well as works from Hot Brown Honey and Stacey Makishi.

Kevin Jamieson, Head of Programme at HOME, said: “Homemakers has allowed a worldwide audience to experience the work of these fantastic artists, with people ‘attending’ from Argentina to Nepal to South Korea. This has opened up a whole new audience for their work and the work HOME does, allowing a connection to people all over the globe at a time when the world has been in lockdown and isolation.”

To find out more about Homemakers, visit www.homemcr.org/homemakers

A Guide to Affording Anything You Want

Youngsters from across Manchester bid to be the next Michael Jackson