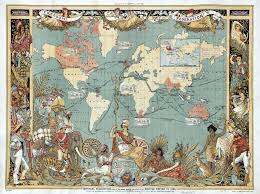 Manchester Metropolitan University lecturer Marcus Morris will be taking us back to the days of the Empire and the early Labour Party for a public lecture next week.

Dr Marcus Morris specialises in the origins of socialism in Europe, the relationship between socialism and internationalism and the early history of the Labour Party.

An author of learned articles and conference papers, Dr Morris will talk about the ambivalent attitude of the Labour Party towards the British Empire before the Second World War, despite much anti-imperial rhetoric from its left wing.

Public welcome
There is no fee, but a voluntary contribution of £2 will be appreciated by the University. The money will be donated to the Royal Manchester Children’s Hospital Charity.
The event is organised by the Department of History, Politics and Philosophy

Rosa’s Thai Cafe to open in Manchester next Spring