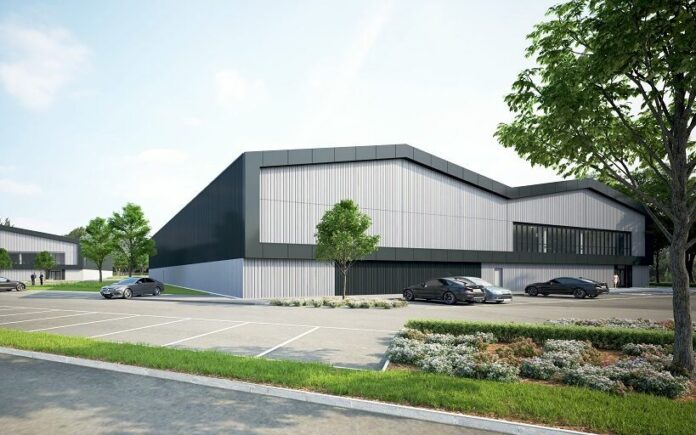 The multinational construction group Hilti have announced the move of their warehouse for Great Britain and Ireland to the Carrington Gateway industrial site, Greater Manchester.

Hilti’s move to the new 1660-acre site comes as a part of the wider Carrington Gateway regeneration project in Trafford, one of the largest projects of its kind, set to be a thriving business location. The move for Hilti to the Carrington Gateway project is a prominent part of the ongoing work underway in building the Northern Powerhouse and plays a vital role in boosting the local economy.

The site is proposing 11,500 new homes and 8 million sq. ft of employment development over the next 20-30 years, investing in people, skills and innovation, which Hilti is delighted to be a part of. Initial approval has been granted for 725 homes and 1 million sq. ft of which Hilti’s GB and IE Logistics function will be part of.

Carrington Gateway is conveniently located in South West Manchester, only 15 minutes from Manchester Airport and 20 minutes from the City Centre by car. It is highly accessible from the M60 orbital motorway with plans to build a link road from the site to the M60 in the future. The site also offers easy access to the M56, M62, M6 and M61.

The move has been announced this morning to Hilti’s warehouse teams currently located at Bredbury Parkway, only a short 20-minute distance from the new site.

“We want to offer our teams a facility that is best in class, like the team itself, and that works for our needs today. We also want to make sure that any facility that we move to is flexible enough to work for our need’s tomorrow: to be fit for the future. Our key priorities for any fit for the future solution were to ensure business continuity, to ensure that we had the space and capacity to support future growth, and to ensure that our facility is safe and secure. Carrington Gateway offers us all of those things and we are excited to make the move”.

The warehouse move follows Hilti’s plans announced in February 2020 that their UK Head Office and Northern Europe Hub was to move to the new Circle Square development in Central Manchester.

“Carrington Gateway offers us the space we need now, and the potential to grow in the future. Close to both the City Centre, strong transport links and the airport, we will be ideally placed in a brand-new logistics hub. Our move to Gateway represents a significant investment in the future of our Logistics function and together with our move to Circle Square, in the City Centre of Manchester further demonstrates our commitment to the Manchester area”.